Honest stories of divorced people! They would have saved the marriage if they had not done some things 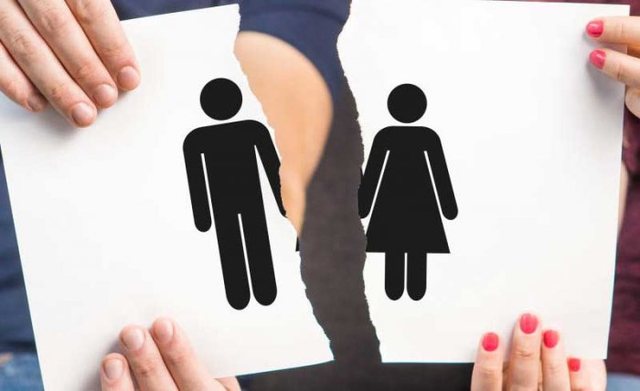 After the separation, they realized what the problem was and reflected. These reflections have been shared with Buzzfeed readers in instructional form.

"I should see the man as a partner and not as an opponent. I did not oppose him, but we were together. "I only realized this after we broke up and became better the second time."

"A friend had told my husband that he should never compromise and not let what I said happen because if he allowed it once, I would gain control of the relationship and he would lose it. "He listened to his friend."

"To be ready to go to therapy and to be kind to each other's efforts."

"You have to be willing to make compromises, otherwise you can hurt your partner's feelings, your feelings and experience constant divorce. I two.

"I asked for her divorce yesterday. Our marriage lacked communication. For two years in a row, she was unhappy with our relationship but said nothing to me. I did not know her resentments until someone else liked her, kissed her and that was it. Nor did I tell her the things I did not like when I was unhappy. "So we were both to blame."

"I made the wrong choice both times I got divorced. I know that in a relationship there is neither a great nor a bad partner. Both have responsibilities. However I realized this after the second split. "Now I choose more carefully."

"You need respect for what each person brings to the relationship. For example, one goes to work and earns money, while the other stays home and takes care of the children / home. The one who works does not have to think that the man who stays at home has the simplest job. The one who stays at home thinks his job is more annoying as he does not have a start schedule and an end schedule. Both roles are important and can not do without each other. Or one may be the dreamer who brings fun to a relationship, while the other is the planner who takes care of paying the bills. Or one may be the artist who gives beauty to the house, while the other is the engineer who takes care of the pipes so that they do not leak. "But in any case, lack of respect will erode feelings of unity and eventually lead to division."

"I have traveled a lot abroad for 150 to 200 days a year, for work. I would leave for weeks and then come back and just stay home for a week. I was never present, so she developed interests outside of our marriage. The money I was earning was considerable and I thought it would make us happy, but no. "I should have refused some of the trips and stayed with him longer."

"All the reasons we got married were wrong. He struggled with addiction and I thought a child and a marriage would save him. They did not save him. About a year after we broke up, he became more sober and more serious. We are now good friends and very good parents to our child. "We could have saved the marriage if I had had a little more patience to wait, but I gave up."

"We would be together as if his family had realized that by supporting him, they were tiring and offending me."

"We would still be together if I had thought first of myself and appreciated who I was and what I wanted more than the fear that he would leave me and no one else would ever love me again. "In this way, I would be much happier during my marriage."

"We got married young and eight years later, we were completely different people. "Some marriages are not meant to last."

"I did not think that the children would fix him and make him a good man."

"I was married to the sweetest man, but he always tried to prove to the world that he was always unhappy with his achievements and always thought he was not a man enough. We divorced four years ago, but a few months ago, he told me for the first time that he had been abused as a child by a ‘friend’ of family and had recently started therapy. I wonder if he would have trusted me with this secret before, or if he had received therapy earlier, could we still be together? ”

"He became a controller. I was afraid of him when he was angry. "I endured a lot just to avoid facing him."

"I would have saved our marriage if I had not been so selfish. It took me 20 years to understand. "