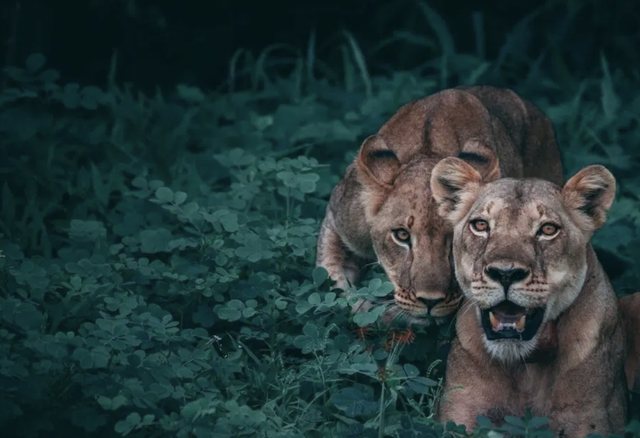 Perhaps this will be remembered as the "golden age" of nature documentaries. Products such as "Planet Earth II" and "Blue Planet II" have been seen by more than 1 billion viewers in the last 3 years. In 2022, the BBC's Natural History Unit will air the next series, Planet Earth III.

Meanwhile, the documentary "A Perfect Planet" produced by the company "Silverback Films", formed by the fugitives from the Natural History Unit, and broadcast on the Netflix platform, has been broadcast.

It highlights the voice and figure of David Atenborout, a dean of this genre and a tireless guide (today he is 95 years old), with his explanations in the most fantastic landscapes of nature.

But in an article published in The Atlantic, Emma Marris says the problem is precisely the wonderful images of the documentaries.

Even a very big problem. This format - simple stories about animals, intertwined with breathtaking scenery - works, not only because it offers a temporary escape from the limitations of the pandemic (in 2019 their success was also explained, only then the problems were Donald Trump and Brexit), but also because it allows you to enter a beautiful and unpolluted world.

But, as Marrisko explains, it is false. What you may notice is precisely the lack of human beings, because it never appears in such documentaries. There are no people or signs of human activity.

There are no electric poles, streets, chandeliers that light up. The animal kingdom seems to be moving into a de facto imaginary pre-human (or pre-civilization) era, a parallel universe away from reality. Then we have the tricks used in the post-production phase.

Animal filming is often done from a great distance, so it is difficult to catch the noise. Almost always, they are added later: sometimes other recordings are used, sometimes they are produced in the studio, thanks to the help of sound effects.

The sound of the meat being detached from the host bones to the lion teeth that the viewer hears is most likely a sound produced in the studio. The images are hyper-realistic. Used lenses allow us to capture details that escape the human eye.

Seen directly, some feathers look less bright and nuanced. Not to mention certain scenes of the night sky, where the Milky Way thanks to the long exposure, appears bright in a form that no one has been able to see it.

Music does the rest. It is a calibrated, sometimes narrative accompaniment. It shows the emotion to be felt in those moments (fear, joy, serenity), and also alludes through the interpretation to be given to the context (which documentary does not accompany the penguin movements with hilarious music?).

The result, Marris writes, is that for the millions of people living in the city, this is the idea of ??nature. A beautiful and inaccessible reality, wild and untouched, without all the less photogenic things like cold, mosquitoes, mud and long hours when animals do nothing at all.

It is a kingdom of fantasy, built with sometimes excessive effort (in 2013, the BBC documentary "Africa" ??was criticized because there was not even an African), which shows that there are still such large spaces, especially in Africa, to wild and forgotten (certainly there are, but they are controlled by human beings).

In short, if man is removed, his action on the environment also disappears. There are no traces of pollution, emissions, climate change, deforestation. This does not mean, Marris continues, that any documentary on nature should be turned into a lecture on the consequences of climate change. God save us.

However, the real problem is another. This means that this ideal version of nature risks giving us a distorted view of the environment with anti-human connotations. It is the old antithesis between the unpolluted landscape and civilization, now obsolete in expert circles, but still alive to most of the population, and apparently accepted by Atenborough himself, who says he is nostalgic for the time he started his profession. , when the wild nature he gazed upon was unpolluted and perfect.

But this is an outdated vision. As environmental historian William Cronon wrote in 1995, the desert "is not the only point on the planet that separates humanity, it is more of a human creation." Or rather "it is not a primordial sanctuary, where the last remnants of an untouched and endangered nature, manage to survive a little longer without the stain of civilization."

Rather, it is a reconstruction, born at the time of the first explorations, and grown thanks to ecological awareness. A myth. In this sense, even documentaries need to be more and more aware of this misconception.

For example, they can show along with the animals migrating along the Serengeti, also the caravans of jeeps full of tourists who from the nearby streets take their photos. Or houses and villages located very close to national parks.

The right approach will not be an "immersion" in the animal world, but a reading of the interaction between nature and man. This thing would probably be less poetic, but certainly more sincere. / “Linkiesta”