Why every day should be a 'Mandela Day' 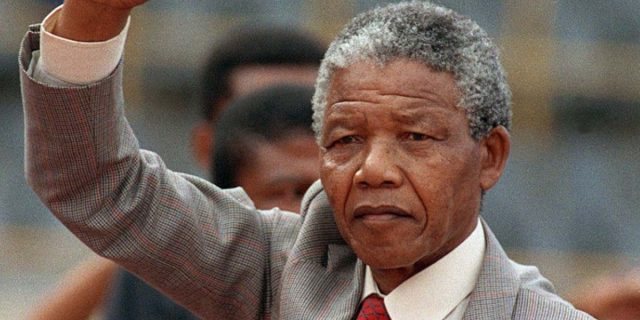 Some people are not just politicians, thinkers, activists. They are symbols, both when they are alive and after death. For this reason, since 2009 every July 18 (which is the date of Nelson Mandela's birth) is celebrated all over the world as Mandela Day. Even though today, we are far from next July, every day is worth living like "Mandela Day".

Mandela Day: Why and how was he born?

Recognizing the long history of Nelson Rolihlahla Mandela's leadership role and support for Africa's struggle for African liberation and unity, his outstanding contribution to the creation of a non-racial, non-sexist, democratic South Africa and his commitment in the service of humanity, in the areas of conflict resolution, and the rights of children, other vulnerable groups, and the development of poor and underdeveloped communities, Mandela is an inspiration.

His presidency lasted only one term because he decided not to run again, but Mandela's legacy remains fundamental, in South Africa and beyond.

The fight against poverty was one of Mandela's priorities and unfortunately it is still problematic today. The Covid-19 pandemic has exacerbated the situation. Therefore, it is necessary for each of us, not only on July 18, but every day, to become a tool of change, actively acting against poverty.

46% of South African adults surveyed in late 2020 said their families often had to go to bed hungry during the Covid-19 pandemic because they did not have enough money for food. Yes there are poor people all over the world. Where there is opportunity for volunteering, where there is opportunity for one hand to feed the other, and not eating food, are some of the things anyone can do every day.

Nelson Mandela was born on July 18, 1918 in the village of Mvezo, was the descendant of the king of the Thembu people. Mandela is the surname taken from the grandfather by the father.

Growing up as a shepherd, he said he inherited a stubborn sense of justice from his father until he received his law degree in 1940.

He was first arrested in 1952 for violating the law on the suppression of communism. In 1956 he was arrested and tried for 'high treason' against the state, but was released in 1961. The following year he was imprisoned again and sentenced to life imprisonment. In total, he spent 26 years in prison and was released on February 11, 1990.

On April 27, 1994, Mandela voted for the first time in his life; On May 9, he was elected by Parliament as the first President of a democratic South Africa. The next day he inaugurated his presidency, with the famous speech marking the official end of apartheid.

Nelson Mandela died on December 5, 2013 at his home in Johannesburg after a long illness.