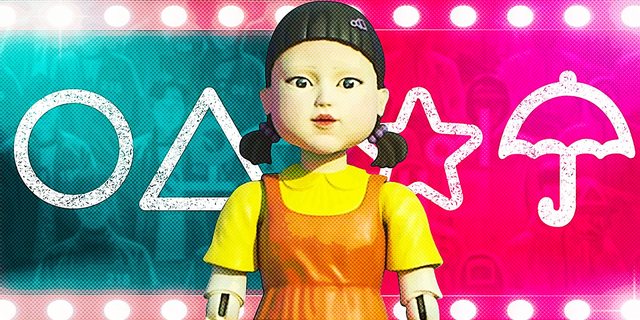 I had more than a week to hear from different people talking only about "Squid Game" and so I decided to watch it.

I have to say in advance that I knew nothing, if it was drama, show, comedy, documentary?

As a start I am writing that review that Netflix gives below the movie, to read in advance to have an idea.

"Hundreds of debt-ridden people agree to enter a race to play childhood games. "To win a lucrative prize, things will turn out to be deadly."

First, I did not know it was a Korean movie.

At first I see the protagonist trying to steal money from his retired mom's card. Proves his birthday as a code, but in vain. Then he tries on his daughter's birthday and hits the mark. He is stealing them with the claim that he will buy a birthday present for the girl. He leaves that money to gambling, horse racing.

To be honest with what I saw, this man will not hurt me if he dies.

Then I see that he does his best for the last ten to buy something for the girl.

Okay, the confusion is melting again.

Then with the money he wins in gambling (of course) he collides with a child he steals from. He crashed as he ran to save the people he owed money to.

They gave him a month for the money and gave him a document to sign, in which it is written in big letters: Do not sign without reading it.

"Denial of physical rights", was written in the contract.

Now the movie begins. The protagonist has only a month to pay his mother and those he owes.

The stranger you meet is closely related to those who demanded the money and made him sign something: Here he reminds him: You have given up your physical rights. So on your body. That means those people could have had a kidney, an eye or a whole life.

Thus he enters a dangerous game.

All desperate, everyone would do anything to win.

Hell, I saw the first series and I was shocked. Many people died just because they moved to escape death, after seeing how the first one who made a mistake in the puppet game was killed.

I do not know if I will continue the other series. But those who are obsessed with these movies, with anxiety, murder, violent performances, can watch it.