It is not the children who are preventing you from working, but the husband 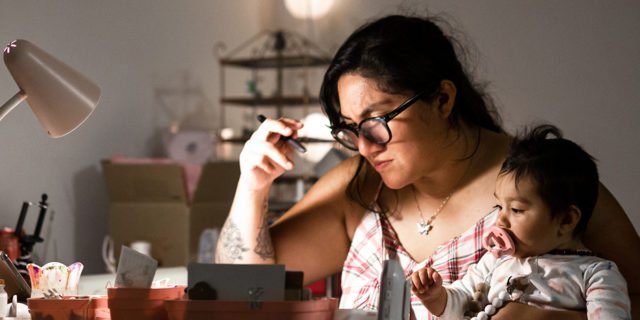 When American lawyer Linda Hirshman, in 2006, wrote in her book "Go to Work: A Manifestation for the Women of the World" that ambitious and career-seeking women should have married men with less money and career prospects, she caused a great sensation and much controversy.

Hirshman explained that it was an intelligent choice, not 'brutal strategy' as its philosophy was called. She explained that women should marry someone who can support them.

Seeing that even today, 15 years later, the burden of home and care falls on women, Hirschman's theory holds true today. But the issue is much more complex than it seems at first glance: according to a study by Robin Ely and Colleen Ammerman of Harvard Business School and sociologist Pamela Stone of Hunter College, most women with high career potential and high expectations do not have achieved what they wanted 20 years ago, when they enrolled in college and graduated with ambition for a promising career. And the reason for this situation seems to have nothing to do with housework. They give up work, for the sake of men's work and career.

In the study, researchers interviewed 25,000 men and women, graduates in recent decades.

The survey found that a larger percentage of men interviewed were in positions of higher responsibility and senior positions. But not only. Evidence gathered from both genders and different generations involved gave the mother a much clearer scenario: women agreed to prioritize men's careers.

Specifically, more than 70% of men surveyed stated that their careers were more important than that of their wives and 86% of them admitted that it is their partners who care most about children and the home.

But there is another interesting fact, which has to do with the expectations of both genders in the post-university period: if more than half of the men assumed that women would take a step back to prioritize the latter's career. Only 7% of women made the same reasoning. However, the vast majority of women at the time thought of a marriage with gender equality which in fact due to the lack of supportive infrastructure and the resistance of patriarchal cultural models, once again leads to a reduction in the burden of caring for women's shoulders.

Because of this they work part-time and with lower wages and positions.

So the cause is not the children but the husband and the lack of negotiations.

Hirshman in her book went even further:

The secret of success is to marry someone 20 years older.

She referred to the fact that the older man would be on the verge of retirement, so he could take care of the house while the wife pursued a career.

* Roba da Donne article was adapted in Albanian by Tiranapost.al