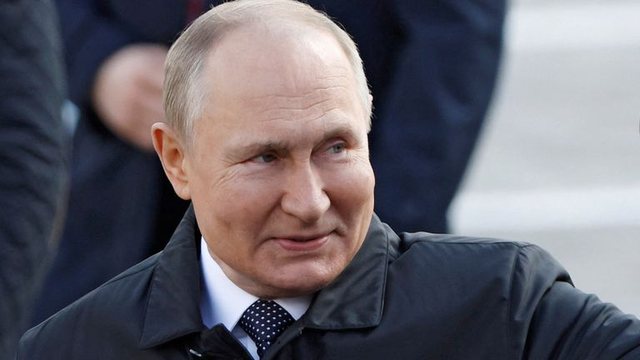 By Jeremy Cliffe / If you look closely at the authoritarian leaders who have recently dictated global politics, a model will emerge. In the rich world he is embodied in the figure of Silvio Berlusconi, with his plastic face and scandalous private life; to Donald Trump, a leader symbol of ignorance, who during the pandemic encouraged Americans to drink bleach to heal; and Boris Johnson, who is set to become the first British prime minister to lose power after being blamed for a party organized at the prime minister's office when the entire country was in quarantine.

Elsewhere, the late Hugo Chávez spent hours filming the series starring himself, Jair Bolsonaro of Brazil linking Covid vaccine to AIDS, and Narendra Modi in India claiming that clouds could hide Indian planes from radar. of the enemy.

The common denominator, on an almost odd scale, is how unimpressive and even ridiculous all these heads of government are. The question is how they manage to be so influential in the societies of their countries. They are all examples of populist politics: they call on the "people" to act as one body, punishing the yoke of internal traitors and external enemies.

Global bias towards such leaders, dampening the optimistic assumptions of the first years after the fall of the Berlin Wall, has been the distinguishing feature of 2010-2020 and to date.

Marine Le Pen really lost the French presidential election to technocratic centrist Emmanuel Macron. But the fact that it received 41.5 percent of the vote was still a new encouraging sign for the modern European far right.

Putin's violence and chaos in Ukraine are changing the face of Europe, but he does not seem to have pressured other global powers (such as Narendra Modi in India) to join the international coalition opposing his war.

Bolsonaro is likely to be re-elected in October. Meanwhile, the 2024 US elections are approaching, and with them the prospect of a second and even more extreme mandate.

for Donald Trump. Two international analysts have each published a new book in an attempt to understand this strange era led by such ridiculous leaders. Gideon Rachman, chief financial columnist at the Financial Times, divides events from 1945 into three cycles: the post-war boom years, the "neoliberal era" from the 1970s to the financial crisis, and the era of authoritarian leaders. After 2008.

His new book is dedicated to and named after the third phase. Meanwhile Moisés Naím, a prominent Venezuelan thinker, has returned with his bestseller "The End of Power", a sequel to the book "Revenge of Power".

In his 2013 book, he showed how the old centers of control - from churches to political parties to newspapers - were losing their monopolies, and how centralized authority was facing many difficulties. Naím argues that "power, in a new malignant form" has been regrouped thanks to new authoritarian leaders.

Rachman offers a series of portraits of such leaders, from Bolsonaro to Johnson. Naím organizes his argument thematically around what he calls the "3P" features of the new authoritarians: populism, polarization, and post-truth politics.

Each of them begins his story in the 1990s with an example: Rachman with Putin, Naím with Berlusconi. Whereas in the past dictators used military tanks and boots - some hardline regimes, such as that of Kim Jong Un in North Korea still continue to use such forms today - where the concentration of power through theft has now turned into a norm.

Naím shows how by moving towards autocracy as democracy, or by taking control of current democracies from within, the new authoritarians are managing to "rebuild absolute power in a moment hostile to it."

Citing examples such as Rodrigo Duterte in the Philippines and Orban in Hungary, he shows how they manage to erode the rule of law and liberal democratic institutions, corruption and information money flows, and manipulate the system in their favor. all behind the facade elections.

Although there are clear local and national differences, there is a typical framework for new authoritarianism over the last 2 decades. This happens through an experimentation process. where leaders learn from each other. A British adviser to the Crown Prince of Saudi Arabia, Mohammed bin Salman, tells Rachman: "He was fascinated by Putin. He seemed to admire her. "He liked what he did." Other admirers of the Russian president range from Duterte to Rudy Giuliani, from Nigel Farage to Marine Le Pen.

Putin has long been the model of a contemporary leader who combines the cult of personality with artificial civil society that breaks institutional rules. But occasionally, the stories of their ascent are also stories of inability, self-destructive acts, and apparent failure to guarantee the national revivals promised to citizens.

In the UK, Johnson and the Conservatives have repeatedly failed to reconcile the fantasies on which they built the Brexit cause with reality. In Turkey, Recep Tayyip Erdogan leads a country plunged into an economic crisis caused largely by his own mistakes.

Horoscope for June 30 by Russell Grant