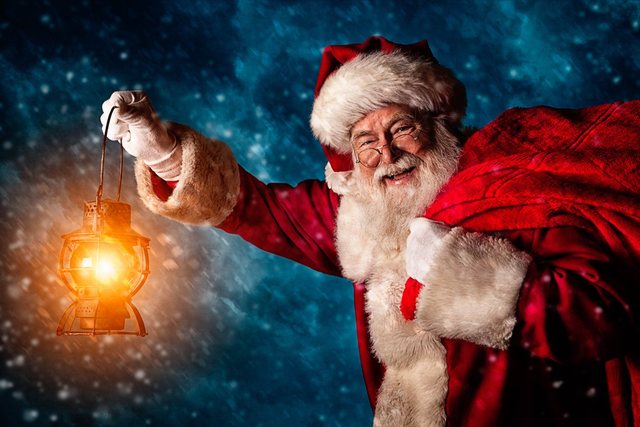 For many children, especially those who are well-behaved throughout the year, the most exciting part of Christmas is discovering the gifts placed under the Christmas tree and the sweets hidden in socks hanging by the fireplace. Children are often told that gifts were left by Grandpa during his annual voyage around the world on a sleigh pulled by nine flying deer.

But how did so many people agree on this story?

Whether you believe it or not that Grandpa is a real person who enters every child's home through a chimney to leave gifts, legendary figures and the tradition of giving gifts can be traced back to the Dutch colonists.

When they settled in present-day New York City during the 17th century, they brought their legend of "Sinterklaas" and the custom of leaving gifts for children on the eve of December 6th. From there, 19th-century literary works such as the poem known as "The Night Before Christmas" and a Coca-Cola advertising campaign in the mid-20th century transformed "Sinterklaas" from a holy bishop into a Grandpa with a white beard and a red hood that everyone knows today.

But who is Sinterklaas, the elderly gentleman dressed as a bishop who brings gifts to Dutch children in early December?

Sinterklaas is based on St. Nicholas of Myra, who, according to Christian tradition, was a bishop in a small Roman town during the 4th century. Nicholas's reputation for generosity and kindness created legends of the miracles he performed for the poor and unhappy. According to one story, Nicholas revived through prayer three children who had been torn to pieces by a butcher. Another story describes how a young Nicholas secretly secured the marriage dowry by throwing gold in the chimneys of three girls, whom poverty would force them into prostitution. Nicholas's death on December 6 is now celebrated as the day of his feast. His supposed remains were removed from his church in Myra in 1087 in Bari, Italy. The place later became a popular destination for pilgrims.

While uncertainty about his existence was reflected in revised notes on Nicholas in the books of the saints, some historians asserted that St. Nicholas had lived and performed many acts of kindness and generosity. They argued that the lack of documentation during his lifetime was not proof of his absence and demanded a review of the texts they had ignored. Other believers claim that the construction of churches dedicated to him during the early Middle Ages is sufficient evidence.

Arguments and revelations offer some compelling reasons not to completely ignore Nicholas's existence. So can we determine if Grandpa was a real person? The answer is, it depends on your faith.