What time is it? 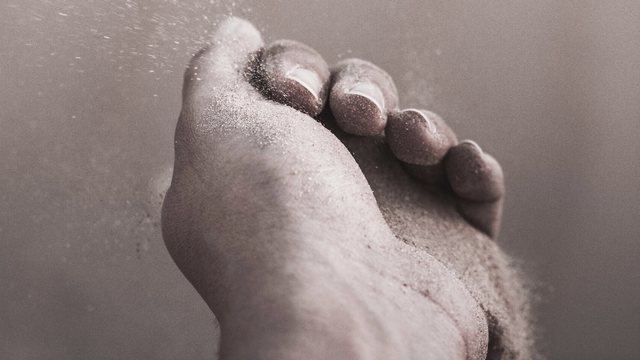 In 1826, time took a strange turn in New Haven in the US state of Connecticut. According to historian Michael O'Malley, for several months, a new clock placed on top of the City Hall functioned slowly at first and then very quickly, compared to the standard clock that had been operating for decades at nearby Yale University.

After cursing the watch manufacturer, citizens discovered that both watches were in fact accurate, but each kept the time according to a different principle. The old clock at Jeil had complicated gears, which changed speed depending on the seasons, to mimic the time shown by a sundial, which varies with the Earth's annual orbital oscillation.

While the most modern clock worked at a steady pace, as does my wall clock. Time challenges any kind of simple definition on it. The early fifth-century philosopher St. Augustine of Hippopotamus wrote that he knew what time it was only if no one asked him.

Albert Einstein further complicated the issue when he theorized that time varies depending on where you measure it. Atomic clocks of time, a technology of recent decades, have proven that Einstein was right: in fact there is a distinct difference between an hour on a plane, and an hour on earth.

Even the most advanced physics cannot tell us with certainty what time it is. Because as New Haven residents learned, the answer depends on the question you are asking. Therefore forget time as an absolute one. What if, instead of calculating time in terms of astronomy, we related it to ecology?

What if we stopped the timing of planetary phenomena from an external perspective - expecting the world to move like the clock mechanism - and allowed the pace of human life to be dictated by environmental conditions? We are increasingly aware that we can not control the Earth's systems through engineering alone.

So if we want to live in balance, we must understand that we must moderate our actions. What if our definition of time reflects that? Recently, I conceived a new approach to time management that affects circumstances on our planet, and conditions that may change as a result of global warming.

Now at the Anchorage Museum, Alaska we are building a clock that calibrates the general flow of some of Alaska's major rivers, including the Matanuska and Knik, to the source of glacial water, which are sensitive to local and global environmental changes. We have programmed the clock to match an atomic clock, in case the water flow continues to flow at their current velocity, as measured by the U.S. Geological Survey. If the rivers flow faster in the future, the clock will come out ahead of standard time.

If they will flow more slowly, you will see the opposite effect.

It’s just like a simple mental picture, where you imagine a clock with gears connected to a water wheel instead of an engine. The clock records both short-term irregularities and long-term trends in river dynamics.

River fluctuations are noticeable, both in terms of fluctuations in hours and years. It is a kind of observatory that detects how rivers behave based on their time frame, and this allows us to see those changes in our smartwatches or cell phones.

Anyone who decides to go to Alaska Mean River Time will live in sync with the planet. Anyone who measures river time in relation to atomic time will encounter a major imbalance, and may be motivated to oppose it, by consuming less fossil fuels, or by supporting greener policies.

Even if this method of keeping time is new in its peculiarities, early agrarian societies also associated time with natural phenomena. In Greece, for example, people "corrected" official calendars by moving dates forward or backward to reflect the flowering of the artichoke plant or the emigration of pelicans.

Temporary connection with the environment was essential for their survival. Likewise, river time - and the other systems I am developing, will build clocks that match the growth of trees or the circulation of the oceans - can encourage environmental awareness in a world that is increasingly distanced from nature.

When St. Augustine confessed his inability to determine time, he evoked one of the most salient qualities of time: Time becomes meaningful, only in a definite context. Every time management system is valuable, and each is as valuable as its purpose. / “Discover Magazine” -