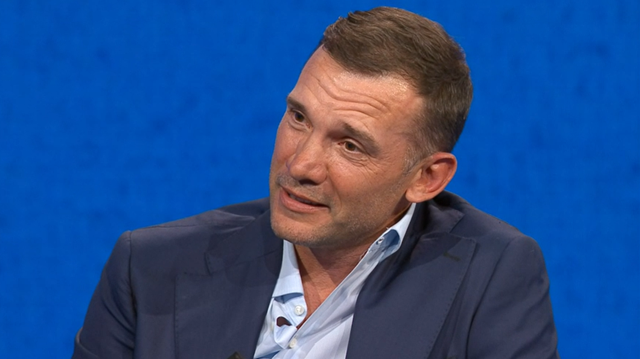 Andriy Shevchenko, the former star of the Milan team has been the special guest of "Che Tempo Che Fa", where he spoke about the book of his life. Shevchenko has published the autobiographical book "Forza Gentile: La mia Vita, il mio Calcio". In it he describes the difficult path he followed from Ukraine to Italy, his not-so-beautiful childhood, adapting to his new country, getting lost in the streets of Milan, learning Italian recipes, with friends and other team players.

In the book, Shevchenko also tells about his unusual wedding day, the celebration made in the middle of a golf game with his father-in-law.

Sheva: I have tried to explain as little as possible my emotions. I have told the things that have happened in my life. Football has saved me. I wanted to explain fixed things as they happened, how they got here.

Fazio: You said that football saved you, how did it save you?

Sheva: It has to do with my childhood, I have shown it inside the book, with the time of the Soviet Union, when things in Ukraine were not good, they were not going well, the situation was not stable, thanks to football and the confidence I had in myself, I got out of that way. Many of my friends did not succeed.

Fazio: One of your friends, Paolo Maldini, says that Shevchenko can not be confused with any category. Sheva is Sheva. And Maldini says he has been your idol. This is what you write in the book.

Sheva: I do not know what to say. These words are too much for me. I have been fortunate to work and be judged by great people like Kaka, Pirlo, Gatusso. They were not only players, but also very good people. When I played with Ukraine and it was against Italy I thought about Maldini, what is this monster like that. Very powerful. I knew who he was, I just thought inside.

Fazio: Everyone loves you, colleagues, friends, fans, how is it explained?

Sheva: I just tried to be myself.

Fazio: Your story begins on November 5, 1997, when you were 21 and scored three goals for Barcelona at home. At this time, Milan was watching you, because he knew he could buy you?

Sheva: Yes, but I did not know that. It has been a wonderful evening for me and for the team as well.

Fazio: There are also tragic pages in the book where you write that the world has not seen a part of your life, except that of football. "Our world looks different to people from afar," you write when you point out that the 1986 Chernobyl eruption occurred just 150 km from your home and that 35 years later you remember that day, every detail. And it tells everything that happened to you afterwards.

Sheva: Luckily I still have a good memory. Of course I remember it well. I do not know if you saw the documentary, after the first explosion, it was known that the situation would worsen. Most likely it would all explode. So it was decided that all children should be removed from school and taken away. I was 9 years old, I had not turned 10. I was lucky that my sister was by my side all the time. We had a good three months. I was an allegro kid, plus I was fine. We played a lot of sports there, we were in good health, so I did not experience those three months badly.

Fazio: Then he writes that with the first salary you bought a TV and a video recorder for your family. Then recount the discipline with which your coach Valeriy Lobanovskyi taught you. He was almost a father to you, so you called him a colonel.

Sheva: I think his philosophy was right to win games, to be competitive. It was amazing the discipline he gave us.

Fazio: At Milan then everything was different, things were different, was there another rhythm?

Sheva: No, it is not true because the championship is much more competitive. The way of training yes, the technique was different, but the intensity was greater.

Fazio: Then start adjusting to Milan.

Sheva: Yes, I learned their dialect. I made a lot of friends then.

Fazio: In fact I always stay accompanied that you can get lost alone in the car.

Sheva: Fixed, he came to my house and gave me a quick cooking course. And then he ate them all himself.

Fazio: Are you still obsessed with cololet?

Fazio: Have you met Berlusconi who called you the perfect player? Defines you as an angel, with short blond bearded hair.

Sheva: Yes, the president wanted us to represent him as well as possible. We played very well. He has made his holiday home available to us. He once bet on us. If I scored 25 goals we could go to holiday villas. I did 24 actually, but he was polite, even for my own sake. They spent 10 days there. We tried something different.

Fazio: I know what surprised me in your book, the fact that you only put one picture.

The only picture in the book

Sheva: That day I had made a very bad game. He had believed in me. Dr. Galliani had believed a lot and it came a day after I won. I rewarded his trust. Milan was not a team, it was a family. He has written a part of the history of football, but above all the people within the team have been important. Me, but also every new player who came was treated as if they had family.

Fazio: Have you played the voice all your life with Milan, I think your dream is to one day coach this team?

Sheva: Let's see. Of course, it would be the maximum.

Fazio: If it happens, will you come here again as a guest?

Fazio: You learned the language with dialect, but also other details. You are dressed like an Italian. Me Armani. Beautiful things have happened to you during your life, they have even put you on the catwalk to show off. Yes, especially from Arman, you also knew your wife, Kristen.

Sheva: Yes, it was an evening organized by Giorgio Armani and there I met the woman.

Fazio: I read the book and could hardly believe you got married while playing golf with your father-in-law, Kristen's father.

Sheva: Football was my favorite as always, but yes. That's what happened. Kristen was pregnant with her first son. The championship was over. We had discussed whether or not we would do a wedding ceremony. We did not want to make any big arrangements. And we decided to do something quick. We would dedicate more time and importance to the long vacations of the two together. 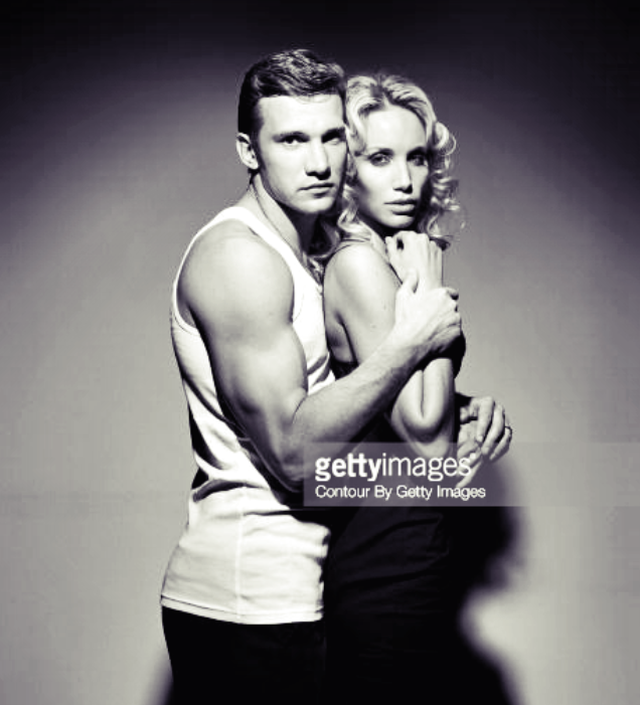 Sheva with his wife 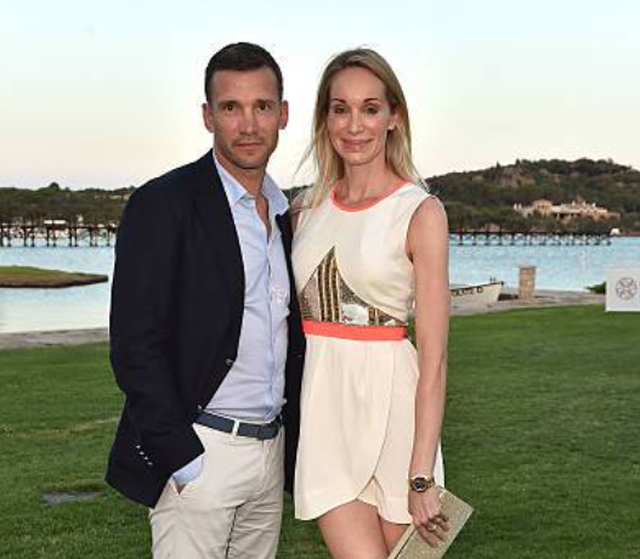 Sheva with his wife

Fazio: Yes, but after the celebration while playing golf, did you continue playing with your father-in-law?

Sheva: Yes, we closed the game because it was not clear who would win, the game had not taken direction, then we ate lunch. In the end I won, as always.