AFF after the incident in the match with Poland: We had 22 thousand great fans and only dozens of individuals tarnish everything for us 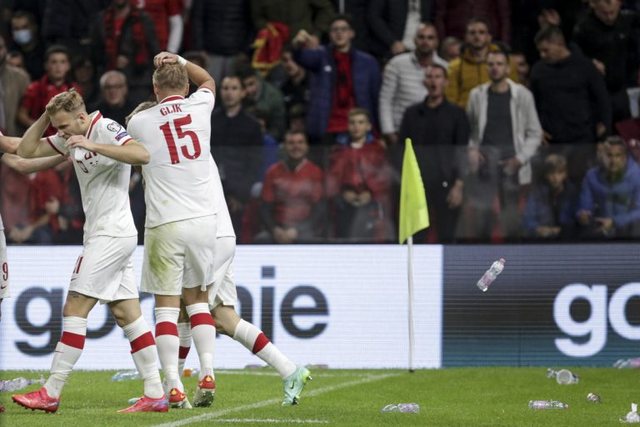 On Tuesday we had the opportunity to enjoy a match, which did not have the result we would all like to have. All Albanians were wary of the boys of our National Team, who have developed an excellent edition so far. The result was not in our favor, but we gave everything on the field. The fate and the many absences we had against Poland are factors that we should not forget at any moment. Football has all the results inside, but we should be proud of this team, which has given us tremendous emotions.

Coach Reja and the whole team should also be proud of what they have done so far and continue the work to advance the launched project, to make reality the objectives and wishes of all Albanians to return to the European Championship and participate in a World Championship.

The match also showed us some serious problems, which need to be resolved and addressed as soon as possible. Incidents that do not honor us at all, Albania and its wonderful fans.

The Albanian Football Federation has been working for months with UEFA regarding an important activity in terms of stadium safety, also in the framework of the Conference League final that we will organize on May 25, 2022. After the events in the match with Poland this activity becomes even more urgent, so that all the actors and factors involved in such matters do their best to organize a match.

UEFA experts will be here to watch some matches of Abissnet Superiores and mainly the derby where there is the largest presence of fans, to perfectly structure the organization for such matches.

We are aware that Tuesday night's incidents do not honor us. We need to learn all the lessons in terms of us as organizers. We had 22,000 great fans and only a dozen individuals tarnish everything good the team has done so far.

One thing is very clear: We do not have violent fans, we do not have a history of problematic fans, on the contrary the excellent behavior and support that our fans give in matches and off the field has become an object of pride for us.

Yesterday's events are the result of a constant provocation, and a very aggressive behavior on the part of the Polish fans who have been hitting our fans for almost 2 hours in two stands. Polish fans are known for such behavior and for days all the authorities involved in the match have done their best to prevent more serious events.

We must not forget that at the same time as our match at the "Air Albania" Stadium, Polish fans were at Wembley in the England-Hungary match and had numerous clashes with local fans and local police. We do not shy away from our responsibilities, we know them, but we must always be close to the truth, because only it serves us to move forward. At no point, no one, should point the finger of blame and plead guilty, but together we should reflect and improve our work.

We, as well as all other actors who have responsibilities for organizations of this level. We are clear that the more we grow and become competitive, the more we are entrusted with the organization of prestigious European activities, the more difficult it becomes to organize to perfection. That is why we have started working together with the relevant authorities to increase our organizational capacity. Albania is already a reality in European football and we must adapt to this new reality. We have no choice.