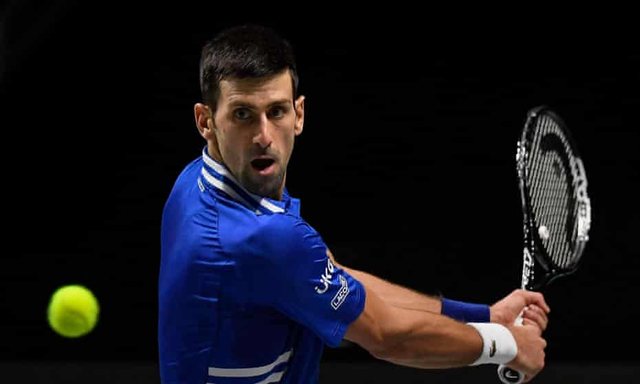 Nine-time Australian Open champion Novak Djokovic has been expelled from the Australian Open following a protest that erupted in the country, as he was admitted without receiving anti-Covid vaccines.

Djokovic, the world's No. 1 men's tennis player, has not publicly revealed his vaccination status - but at a news conference Thursday, Australian Prime Minister Scott Morrison said he "did not have a valid medical exemption" from the request. vaccination.

"Visa entry requires dual vaccination or a medical exemption," Morrison said. "I am advised that such an exception was not in force and as a result, he is subject to the same rules as everyone else."

Health Minister Greg Hunt said Thursday that it was up to Djokovic if he wanted to appeal the decision - "but if the visa is revoked, someone will have to leave the country."

Djokovic's lawyers plan to oppose his deportation from Australia, and an appeals hearing is scheduled for Thursday night - however, his request to appeal the decision has not yet been submitted to the court.

Djokovic has previously voiced opposition to mandatory Covid-19 vaccines, saying he personally was "against vaccination" during a live Facebook conversation. He became infected with the virus in June 2020, but since then there have been no reports of his re-infection.

The controversy comes as Australia faces a growing explosion, as it has reported a record high number of new daily cases for several days.

Tournament organizers said earlier that the Serb, who is trying to break the record for most of the men's Grand Slam team titles, had received a medical exemption from playing in the prestigious tennis tournament.

The expulsion met with controversy as Djokovic traveled to Melbourne on Wednesday.

After the decision was confirmed, Morrison wrote on Twitter that Djokovic was subject to the same rules as everyone else. "Rules are rules, especially when it comes to our borders. No one is above these rules. Our strong border policies have been critical for Australia to have one of the lowest death rates in the world from COVID, we are continuing to be vigilantes. "he wrote.