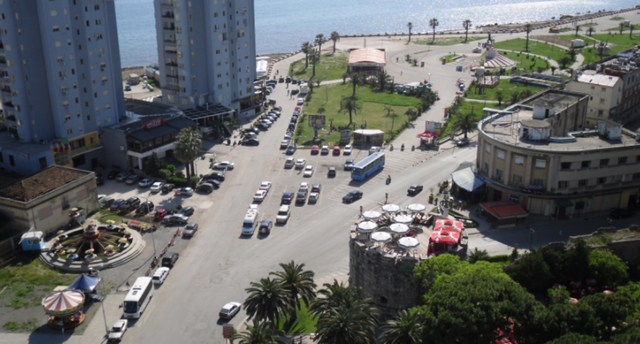 Population decline due to high emigration and rapidly declining fertility is having a strong impact on the labor market.

All sectors of the economy are sounding the alarm about workers, but in some counties the declining population is leading to zero unemployment.

For example, in the two most peripheral regions of the country, in Kukës and Gjirokastër, unemployment is on the verge of extinction, because the population of these regions consists mainly of people of retirement age.

INSTAT data show that in the first quarter of 2022, Durrës and Lezha were the two counties with the highest unemployment rates respectively 16.1% and 22.7% at a time when the average national unemployment rate in this quarter was 11.3%.

On the other hand, Gjirokastra and Kukes had the lowest unemployment rate at around 4%. Low unemployment in the Kukes region comes as a paradox, as according to official data it is the poorest region in the country and over 70% of the economy is dominated by agriculture.

The regions of Kukes and Gjirokastra have been rapidly depopulated by high emigration and inward movements. The World Bank's analysis of employment performance in the Western Balkans has found that the reduction of unemployment in Albania is largely due to high emigration.

The largest decrease in unemployment was observed in the district of Vlora with over 8% compared to last year.

Foreign-owned firms operating in Albania identified finding skilled workers as their second most important challenge. Emigration is likely to further reduce the number and quality of skills of the workforce, weakening Albania's attractiveness as a destination in the labor-intensive sectors. 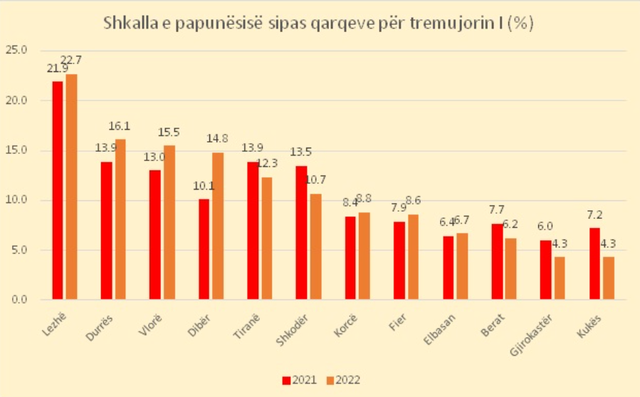 The World Bank suggests that Albania should move away from foreign investment policies focused on low-cost labor and adopt a new strategy based on utilizing public investment in technical education, attracting efficient FDI, and have higher productivity.

* This article was published by Monitor.al and reposted by Tiranapost.al

How eating grapes can prevent dementia and increase life expectancy by 5 years?

The first case of monkeypox in animals is confirmed. Should we be worried?

Clear and cloudy! Get to know the weather for today

The Spirits of Isabel Allende

The fight against online propaganda

Rainwater everywhere on Earth is unsafe to drink, study finds

Are discussions with your partner turning into fights? Here's what you should do

The well-known actor of Albanian films, Pandi Siku, has passed away

These cities are the most expensive to live and work abroad

Temperature up to 34 degrees, here is the forecast for today's weather

Horoscope for August 16 by Russell Grant

Accident at Kodra e Diellit, the 29-year-old hit 3 passers-by on the sidewalk

The debate about headscarves in Kosovo, even Vjosa Osmani comes out against Kurti