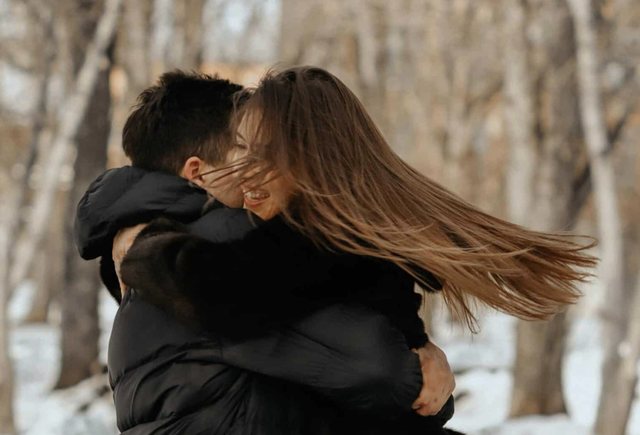 For those who are fortunate enough to have close to the people of their heart, the gesture of embracing can bring great health benefits. Sadly, people who have been deprived of physical contact during social isolation and blockages due to the Covid-19 pandemic have felt the harmful health effects that lack of physical touch can impose.

Communication through the "Zoom" platform and video conferencing, are a useful strategy to feel close to others, in conditions when face-to-face interactions are not possible. But nothing compares to being in physical contact with family and relatives.

Physically lonely people are forced to pay for a hug from a professional hugger. Not only that, but any couple who is forced to live great distances from each other will tell you that physical separation can be emotionally and physically painful.

Researchers understand this need and as technology advances, it is becoming possible to obtain an embrace from an artificial source. A hug is described as a gesture where two people wrap their arms around each other for about 1–5 seconds.

Unlike the hug that is usually reserved for our intimate partners, and can last a long time, the usual hug takes very little time to perform, but can have great physical benefits. Immediately after a hug, we often feel a surge of positive emotions, and we are probably a little more relaxed. Physiologically, many things happen in our body after a hug.

In a study of 404 adults, it was found that the number of hugs over 14 days, reduces the effects of the common cold. Hugs functioned as a buffer, where the severity of the infection decreases when hugs are more frequent.

Oxytocin, or "love" hormone, is released by our pituitary gland. It is an important hormone, as it can serve as a buffer against stress, but it also makes us feel connected and connected to others. In a study of 34 married couples, it was found that the increase in hugs between spouses during a four-week study was associated with increased oxytocin levels.