Veliaj: The first families on '5 May' enter new homes within the New Year. Politics should not block the city, as it will lose 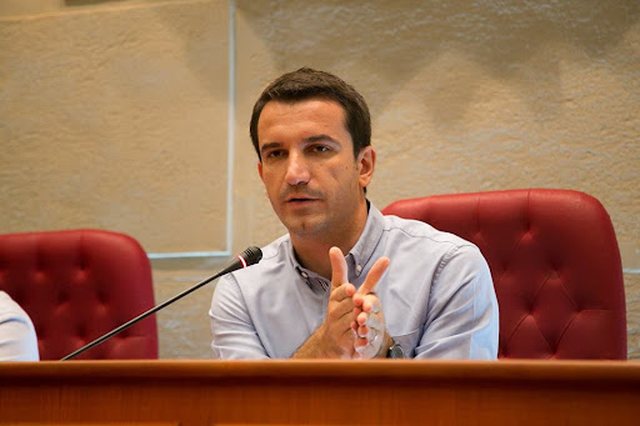 The Mayor of Tirana, Erion Veliaj assured the residents of the neighborhood "5 Maji" and those in Kombinat that it is only a matter of time to get the keys to their new homes.

From the hall of the Municipal Council of Tirana, Veliaj announced that within the year the first 100 families who have agreed to sign contracts from the beginning will enter their new apartments, which have a much higher value than the old .

"The formula says that the more meters you have, the more you will get. With 200 meters of hut, you will get 200 meters of signature of Stefano Boer, 200 meters of Casamonti, for which people are ready to pay millions and for towns that will be both on the edge of the Great Ring. She in Kombinat will be at the Agency that connects it directly with Astiri and with the new boulevard Migjeni that we have made. For the first 100 families who cooperated, they will get their homes before the New Year and in the meantime we have started working with the infrastructure with the first 3 buildings in Kombinat. It will all be a neighborhood conceived with all services. "As is happening on" 5 May ", the invitation is also for all our friends in Kombinat, sign the contract to get what belongs to you, neither more nor less", said Veliaj.

The mayor called on opposition representatives not to block the city's projects to make politics, as they will lose.

"What always happens with this municipality and city, no one leaves you to work here. We learned that at the toy corner with Bujar Nishani and the other with a pistol; we learned it in Astiri, we saw it on the New Boulevard, we saw it on the River Bank. We have made houses for the left and the right, and most of them have been the DP chairmen of those neighborhoods. When one introduces politics into city affairs, there are a few things to keep in mind. First, that will lose! That it does not turn out to me that in 6 years we are back. Second, they will not only lose the cause, but they will also lose their career. Where is the President today protesting against the playground? What about the deputy who came out with a pistol? The same MP who burned tires in Astiri? He squeezed them and Luli is 1st for that. He used them as a cloth and threw them away. The third, we will do the work we have to do because one is right, we are not in the habit of giving up. As long as these are the arguments, the mixing of politics on the River Bank, in units 4 and 8, in the area of ??May 5 or in Kombinat, will be a victory of the project and of course their loss ", said Veliaj.

Mayor Veliaj announced that so far the Municipality has given 6,061 cash payments DS1-DS3. In parallel, an agreement was signed for 750 apartments, individual apartments, from which a contract was signed for the reconstruction of 599 of them, while the rest will be given in cash and will be rebuilt by the families themselves. Regarding the buildings, Veliaj underlined that after the in-depth expertise for 176 buildings, 82 buildings have been decided for their demolition, 40 buildings are for reconstruction and 54 buildings are still under discussion by experts. Currently in Tirana, 2,740 families benefit from the payment of the rent bonus.