Veliaj: Administrators have become an insurance policy for schools 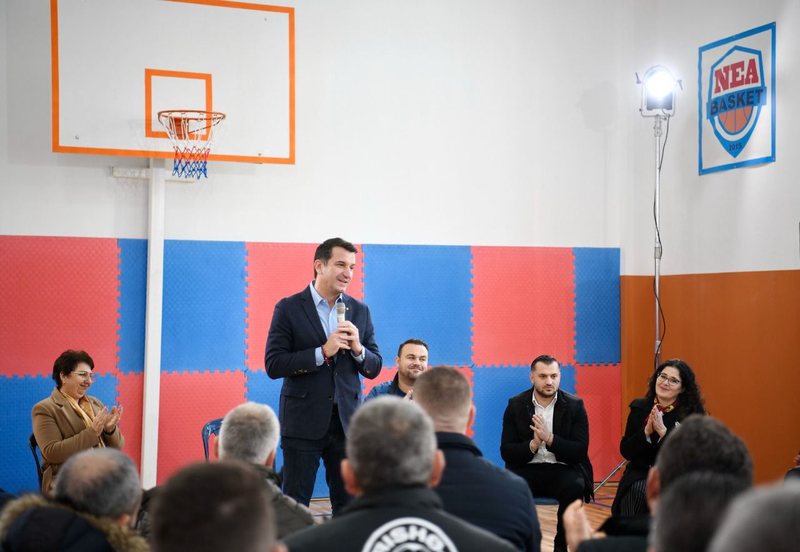 "We introduced a new concept related to school administration. We did the first test with the building administration. What we realized is that residents can be kind, they can be cooperative, but not everything is perfect. There is always a 'zevzek' in the community, who makes a tail of the small contribution he has to make. Today it is really a pleasure to work with many neighborhoods of Tirana, when I know that there is an organization and there is a person who represents and then, we took this ambition to schools, kindergartens and nurseries. I am glad that the role of school administrators has been increasingly elevated, as inseparable from those who run schools. Today we have two administrators, so like a computer it has: hardware and software. We are the hard ones, that is, of the physical space, the director has the software. When each one does his duty well,

"I believe that this day of education would be incomplete if we did not take the time to thank all administrators of schools, kindergartens and nurseries in Tirana. I'm here today to really look you in the eye and say thank you, because many took the concept of the administrator a bit like an impossible adventure, like something unknown. We also had to clarify the parents and today the parent, the head of the school, the academic head and the administrator, function as an inseparable triangle," added Veliaj.

He said that even the parents themselves have appreciated the role of the administrator, which, as Veliaj said, has turned into an "insurance policy" for the schools.

"Today, the feedback we receive from parents is that the investments have paid off. We used to do a lot of work, but when they were not maintained, the investment immediately degenerated. Now we all behave like serious people. We've all been to high school, we've all done a little scrimmage in the bank and we've all hung around the basket and we've all played in the net, so depreciation is natural, especially when you're dealing with young people who are energetic and they have a lot of contact with the environment. But I believe it really is like we bought insurance for our investments. Just like we buy car insurance, to extend its life and make sure that any depreciation, defect, or accident is immediately recovered with our team of administrators," argued Veliaj.

The head of the Municipality also emphasized the new sports facilities, apart from those that have been added for internal school activities, where he took the initiative to once again appeal to parents to enroll their children in sports for a healthier generation.