Rama inaugurates "Micro Folie", the newest and most creative space for young people in Tirana 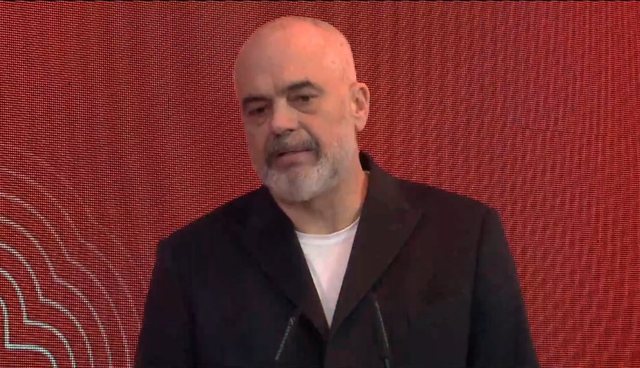 Prime Minister Edi Rama was present at the inauguration of Micro Folie, the newest and most creative space that brings young people and children closer to technology and art. During his speech, the Prime Minister said:

'' I am extremely happy that it was opened at the very beginning of this year, which is the year of Tirana, the "Youth Capital" and which is the year that we want to dedicate entirely to youth and children. This structure which comes from France has been a tremendous success in France by providing opportunities for all children and young people to visit the masterpieces of world art and the masterpieces of art found in the museums of France, through a digital visit which brings to the children, brings to the youngest those whom not everyone has the opportunity to go to visit in France and not us who are far from there, but this is the first.

We will create a chain of spaces, structures such as as you can see mixed with the possibility of digital visit, in the most magical corridors of art also the opportunity to interact for all these micro-activities that are found in all corners of this structure and that creates a whole new opportunity for socialization, a new opportunity for interaction for children and young people.

We are working in parallel with the structures of "micro folive" to bring another innovation with the Ministry of Culture, which is the innovation of a large mobile bus for performances in communities, a large mobile bus leading to opera communities, leading in communities music, theater, works, making them more accessible but also closer to the people in the community. Soon we will bring the first bus, but not the only one and with "micro foils" on one side and with the buses of spectacles I believe that we will give a boost to the space between the end of the lesson and going home, the space of time free, that we have decided to do our best to fill it with as many activities and as many opportunities for children and young people.

For those who follow us, the first "micro foil" is here in the Prime Minister's Park, behind the Prime Minister's building. I am convinced that there will be many requests because this has happened in France and as Erion said, everything will be organized with reservations in order to be as beautiful and as livable as possible when the children come and do not make such a mess that then no one can do any activity and meanwhile give as many children as possible the opportunity to visit and why not return after visiting.

Thank you for the organization and for setting in motion without wasting time this initiative and there is a lot of confidence that sooner than later, we will see the second "micro foil", the third and so on in other parts of Tirana but also in other cities of Albania, said the Prime Minister.