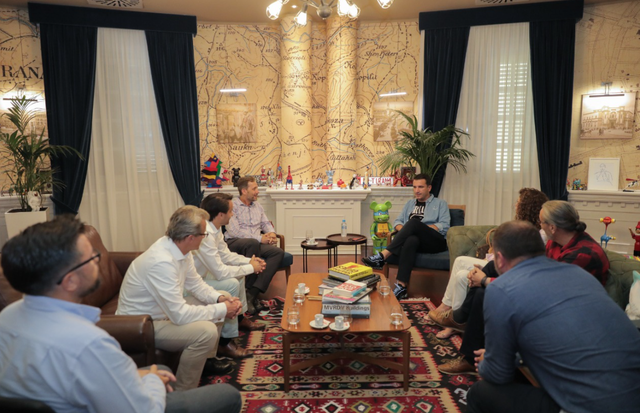 A new elite school in the field of technology, which today operates in 20 different countries around the world, is coming to Tirana with a new campus. From January 2022, when Tirana will be the "European Capital of Youth", all technology enthusiasts, over the age of 18, will be able to study at the "Holberton School".

The Mayor of Tirana, Erion Veliaj received the Chairman of the Board of "Holberton School", Grant Van Cleve, who announced the opening of a new campus, according to the model "Holberton" in the Albanian capital. Students are provided with the contemporary skills required to compete successfully in local, regional and international markets. Through the global network of Holberton Schools and the mutual collaboration between them, every student becomes an integral part of a worldwide community of developers and employers. 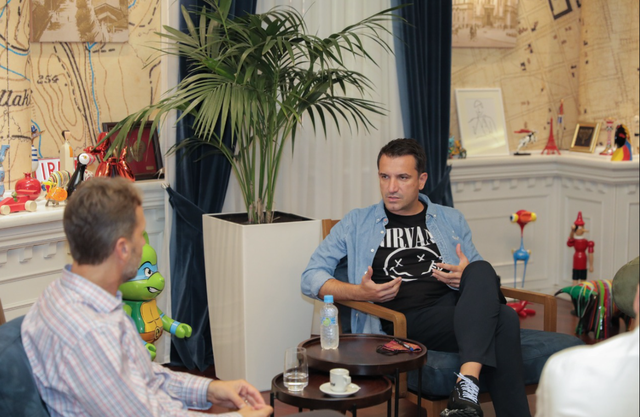 "The demand in the Albanian market for software engineers has doubled during the last year. Add to this the great need for professionals from the European market. "Holberton has the perfect platform to quickly escalate the training of software developers and to produce talent capable of entering the job market at a higher level than any short-term training or traditional university programs," said Grant Van Cleve, President of the Board. "Motivated people, despite prior education, can be trained in half the time required to attend a university program, and will have real chances to be employed with a salary double that of the market now, both these aspects relied on the Holberton model. This is a real change, for Albania and then the region ", he added.

Mayor Veliaj said that this is great news for Albanian youth because if "Tumo Center" focuses on ages 12-18, in the new school "Holberton" can be registered ages over 18 years. "This school is for future professionals, which guarantees the best paid jobs in the world today for information technology. I am very glad that the American-German-Albanian founding team is in Tirana and has decided to open the new campus of the "Holberton School" network here. "I can not wait for, from January 1, when Tirana starts its journey as the European Capital of Youth, to officially open the 'Holberton Tirana' school", said Veliaj.

He added that in the coming days, young people interested in following the Holberton model will have the opportunity to get acquainted with how to apply.

"Very soon Tirana will be part not only of an information technology ecosystem, but anyone who graduates from Holberton School will be part of the elite of those who know and those who do," said Veliaj.

Holberton School - an initiative that brings innovation in the field of Technological Education, equipping students with technological skills and contemporary vocational training - will inaugurate a new era in the Albanian world of technology, creating a center from where to begin expansion regional in Southeast Europe. The Silberton Valley-based Holberton School is a School of Computer Science and Software Development, and its mission is to address some of the key issues in education by creating technologies that will help:

- Close the gap that exists in the global market in relation to the needs for professionals in the Global Digital Economy
- Strengthen Economic Development and increase the value of Geographical position
- Accelerate Social Mobility, providing Education without social barriers and financially affordable.

The school equips students with the highest level of technological skills and knowledge, offering advanced technologies and required by the global market such as; Full-stack Web Development, Machine Learning, Augmented and Virtual Reality, Linux Programming, Advanced Algorithms and Blockchain.

Since 2016, when it opened its doors in San Francisco, Holberton School has expanded to 27 cities, 20 countries, and 5 continents. Graduates from Holberton have found very likable jobs in companies like LinkedIn, Google, Tesla, Docker, Apple, Dropbox, Facebook, Pinterest, NASA, Genentech, Nvidia, Cisco, IBM and many more.