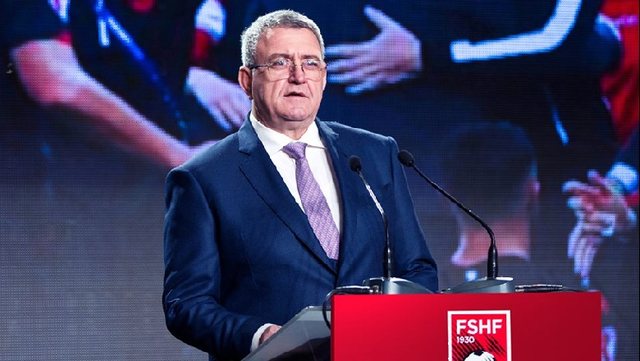 Although he has been at the helm of Albanian football for twenty years, five mandates won and a candidate for the sixth, Armand Duka, changes the rules of the game to maintain his "reign" in the AFF.

The shadows of the scandal with the abuses of funds given by UEFA and FIFA, has brought his abandonment by the masters of sports, who have recently appeared alongside Erion Veliaj.

Faced with the fear of losing in the capital, Duke immediately took action by reducing the number of delegates to Tirana. Thus, out of 8 delegates that Tirana had before, Duka has decided that the capital that has the largest number of sports teams to have only 6 delegates.

In order to further reduce the weight of the serious teams and the vote of the delegates of Tirana, where his influence is smaller, in parallel Duke has increased the weight of the smaller teams that are bought quite easily by him.

On December 18, 2020, in the General Assembly, Extraordinary, held online by the pandemic, with 56 votes in favor and one abstention, the ALF changed its statute. Arbitrarily and vaguely, the amateur teams accepted and approved by vote the proposal of the Football Federation, that they no longer have the right to vote in the next Assemblies.

The principle "One member, one vote" was removed. As a result of this change, the votes of many clubs were delegated to the regional associations, which depend directly on the Federation, a "trick" that is concretizing the dominant positions of Armand Duka at the head of the Albanian Football Federation.

The change in the balance of votes from the 2018 Electoral Assembly to the last Assembly is obvious. Through the official documentation of the registration of associations in the Judicial District Court, Tirana, it is understood that the vote influenced by the policy of "small clubs" has been transformed into a vote influenced by the Federation itself.

The documents prove that some coaches of the National Ages or women's football are directly engaged and are paid by the AFF as part of their structure.

The same thing happens with other officials, who are employed or have close ties to the Football Federation.

The average for the branches of teaching decreases