Why did we expel the opponents from PD and we did well! 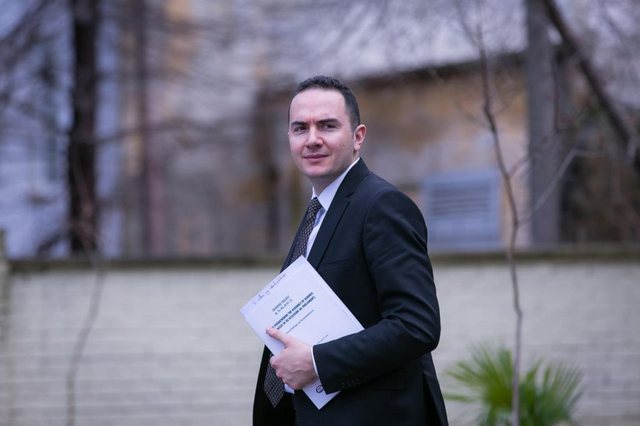 In a recent interview, the outgoing MP from the April 25 elections, Ervin Saliajni, said that those who left were those who were harming the DP.

Salianji: I am also very sorry, I wanted them to be very resilient, people who have been in the tent, people who have been in opposition for 8 years. Criticism or being critical of something does not necessarily make you liked by the membership or those who vote. Each should be measured on a contribution basis. Then, the DP, the DP leader definitely in other processes that come after there may be other instruments to make it possible for all the voices to be represented and all the valuable elements not to be left out. This is just one of the elected bodies, it is the National Council of the DP. There are PD opportunities and it will definitely have the whole predisposition for all valuable items, valuable elements to be included. But it should not be stimulated that the one who opposes in most cases, and in some cases may be instrumentalized, must necessarily take a position to give voice to the same conversations.

In addition to well-known PD figures and critics of Basha, one of the voices against was Ardian Isufi, a professor at the University of Arts who said that the PD is functioning as a clan with archaic features. But Salianji says his reaction was more emotional.

Salianji: Reactions after the elections have the emotion involved. Ardian Isufi is one of the most valuable artists in the Albanian space and indisputably honors the DP. But a party body like the National Council may even be close to high-profile people. There will be and there are spaces for the DP to include every personality who is one of the best in his field of expertise.

But he adds that when it comes to the PD Group it does not hold the same stance: The future of the PD cannot be held hostage to the past, he says.

Salianji: I feel sorry for people who contribute and have contributed and could not be included due to the decision-making of the National Assembly. But people who have not worked a single day for the DP but work every moment against the DP, these are not a concern for the DP at all. Even all together are rejected. They do not reflect change but the past.

Albanian society, like the DP, needs to look to the future, to include people with real contributions to the party, to society, to people who say something to society and not to people who are driven by anger. Even in the polls they showed that they did not get even 1% of the votes all together. These are exceeded. Many people who have sacrificed a lot in 8 years of opposition and others who are personalities in their fields should be appreciated.

People who want to make news all the time to harm the PD personally think they are not the concern of the PD. All together these former presidents and former ministers got 1%, society demands change and can not go to the past and can not hold hostage the future from the past. We must read it correctly.

Asked if the DP with the National Assembly has reflected on the loss in the elections and if the DP has a clear vision of how it will make the opposition for the next 4 years, Salianji answers:

Salianji: I read the call and decision-making of the National Assembly as a moment of reflection and opening the way for a change to achieve the change that Albania and the DP need. I believe that the chairman of PD and PD will take all the necessary steps to read the necessity that society has for change.

Did the Biden-Putin summit fail? The United States is urging Russia to withdraw 24 diplomats from the embassy

He was a guard in concentration camps in Germany! The 100-year-old will be tried for war crimes