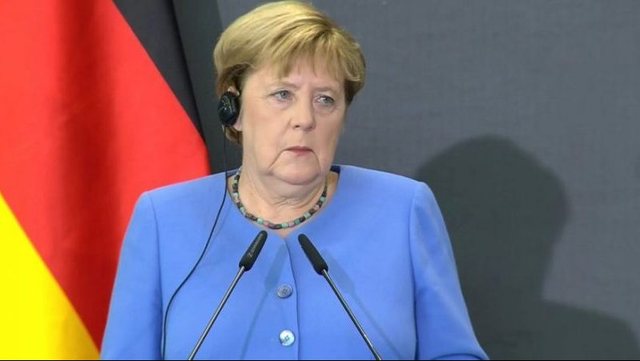 Below are the full questions and answers of Chancellor Merkel and Prime Minister Rama on a topic that has brought a lot of debate and created criticism and attacks on the Rama-Vucic-Zaev trio.

Question: With your departure, the Western Balkans is losing an extraordinary friend, a strong lawyer, who do you think of your leading EU colleagues can take care of with the same commitment in the Western Balkans. And for Prime Minister Rama: In the agenda of the BP leaders, who should prevail, Open Balkan or the Berlin Process?

Angela Merkel: "Yes, the Berlin process, if you will allow me to say, is the core of everything, and of course in this context the Berlin process cannot be replaced. Things can simply be accelerated within this process. First of all, the Western Balkans in recent years have learned to cooperate with each other and not just sit with each other. It does not matter if it is Austrian Chancellor Kurz or President Macron or Von der Leyen, or Charl Michell. So there are a lot of BP friends. Macron has traveled all over the region, we have held joint meetings in Berlin, as we have worked together in various projects. Kurz is also a friend of the region, every other chancellor will be a friend. From each of these countries there are many people in different EU countries who work and live there. Therefore, the interest to cooperate is quite high. We have shown it during the exercise of my duty but also before that. I come as Rama said from the former East Germany and I have seen what force, energy will be needed to overcome historical differences, in the context versus Poland, or national socialism. So every federal chancellor is aware of this kind of responsibility. "The Western Balkans have many friends in Europe and let me assure you of that."

Edi Rama: "Since the chancellor answered my question, I am also answering the question about the chancellor. Angela Merkel is a 1 and is not coming anymore. It is never easy to speak when she is present, because of her history and extraordinary experience in 4 consecutive terms at the helm of the EU locomotive. Open Balkan is the offspring of the Berlin Process, not an alternative to the Berlin Process, not a contradictory initiative, it is the offspring of the Berlin Process. The Open Balkans is neither more nor less but a mechanism to accelerate the Berlin Process. That's it! There is nothing Open Balkan inside that contradicts the Berlin Process. Rather it is taking over the Process without waiting for others to gather somewhere for us once a year, or for some others in Brussels to do this work for us and the results have begun to speak and will speak more and more, Open Balkan is nothing more than the region's tool to implement the Berlin Process, who pits these against one another the other, or that they clash, or do it on purpose or do not understand and the other important thing that we discussed with the chancellor with colleagues is that conspiracy theories, that not regional initiatives are organized by third forces or are thrown here by EU, to lie to us to create a micro EU here not to admit us to the EU are dockers at all. The Chancellor in 2014 at the Chancellery said: You are not in the EU, but you are Europeans, and that is why we must start a process that in parallel with individual work, you together and we in your support to work for the region to rise from a political, economic and social point of view, so in parallel, we do not have to wait to join the EU to build highways or digital infrastructure or to build common markets. That is the essence. "