Former Minister Bushati reacts to the issue of "license plates" with the note Geography of Hostility! The solution is only one! 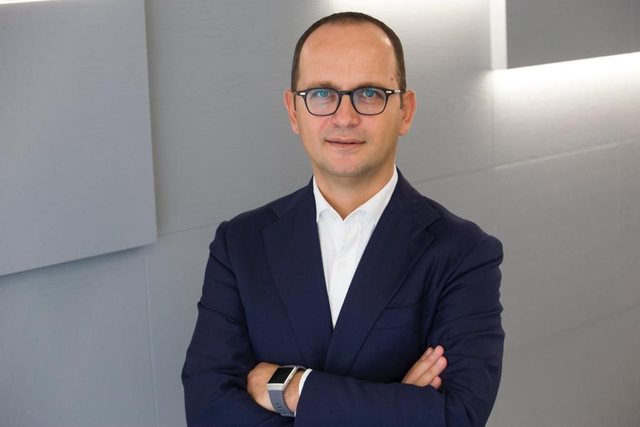 In the article published for the newspaper Panorama, with the strong title "Geography of Hostility", the former Foreign Minister talks about the weight of the reports and the unwavering objective that the EU should remain. The problem is Serbia, where Bushati analyzes with arguments the alliances and the hypocrisy of the latter for regional initiatives. Albania, which has historically been of Mediterranean origin, is included in the Geography of Hostility in the Western Balkans.

When can we be a normal region? Without asking this question, the former Foreign Minister analyzes why we are still in these types of tensions, why Serbia manages to keep the region in tension and that the path to prosperity should be when we look at the Mediterranean and the EU.

"Ditmir Bushati: The clash over car license plates on the border between Kosovo and Serbia and the tensions in northern Kosovo instigated by Belgrade, show first of all the stagnation of the EU enlargement policy, as well as its reluctance to articulate without any equivocation" mutual recognition ", as the final goal of the dialogue between Kosovo and Serbia.

More than car plates, this clash brought back to the scene the need to exercise reciprocity as a basis for building interstate relations. The unfinished Serbia-Kosovo conflict, though not the only one in the Western Balkans, reflects what Vladimir Gligorov in 2008 would define as the "geography of hostility". Unfortunately, this is the stage the region is in, almost two decades after the EU leaders' 2003 pledges in Thessaloniki for the region's EU membership, and just days away from the Brdo pri Cranju Summit. between the EU and the countries of the Western Balkans.

Throughout the dialogue process, in the hope that Serbia would recognize Kosovo, it has tolerated the construction of a system based on the power of an individual. When it comes to foreign and security policy alignment, Serbia has been allowed to "sit in a few chairs". It has built a military and trade partnership with Russia and China. At the same time, it is the only country in the Western Balkans integrated into the EU economic value chain.

Due to the weakness of the EU, accompanied by a lack of unity, Serbia has also been tolerated in its attitudes and actions aimed at revising history. Moreover, Serbia has managed to form alliances with several EU member states, which gravitate towards the principles and values ??embodied by the EU.

Although the main cause of the wars that led to the break-up of the former Yugoslavia in the early 1990s, Serbia has managed to keep the region in an almost permanent state of tension, while hypocritically playing the card of regional co-operation but not accepting it. never the equality of the participating states in the region.

The dominant conflict that swept the region over the last century between Serbs and Croats seems to have been addressed in a European way with Croatia's accession to the EU. But that transformed the "geography of hostility" from a Serbo-Croatian conflict to a conflict between Serbia and other countries in the region.

Thus, Serbia interprets the process of "normalization of relations with Kosovo" mediated by the EU, as negotiations for the status of Kosovo, although most countries in the democratic world and the International Court of Justice have sealed Kosovo's independence. Through the influence of the Serbian Orthodox Church it fundamentally opposes the existence of Montenegro; systematically undermines the functionality of Bosnia and Herzegovina; denies the existence of the Orthodox Church of Northern Macedonia as an independent entity.

Albania, although a country with a Mediterranean approach and never part of the former Yugoslavia, finds itself involved in the "geography of hostility" in the Western Balkans, due to its special relationship with Kosovo.

It is clear that the "geography of hostility" affects the economic weakness of the region and the potential to release positive energy. According to a study by the Westminister Foundation for Democracy, the countries of the region lose about 5.5 billion euros a year, due to the emigration of educated young people and the non-repayment of investments for their education. While the lack of serious investment by multinational companies, as is the case of the Visegrad countries, increases the development gap of the region with the EU average.

However, to discourage any future behavior, NATO countries in the region, including Croatia, need to address this regional security issue at the NATO table, as the Baltics or Poles do. times face similar challenges. This requires a clear strategic concept that is built within NATO, in cooperation with other allies.

While Serbia may need more time to accept the irreversible reality, it is important that the EU and NATO do not lose their investment in the region. The synergy between the EU "carrot" and the US "stick" is a necessity for transforming the "geography of hostility" into a geography of peace and prosperity within the EU.