Berisha? SMI distances itself from PD with the argument that Basha is working for the interests of Edi Rama 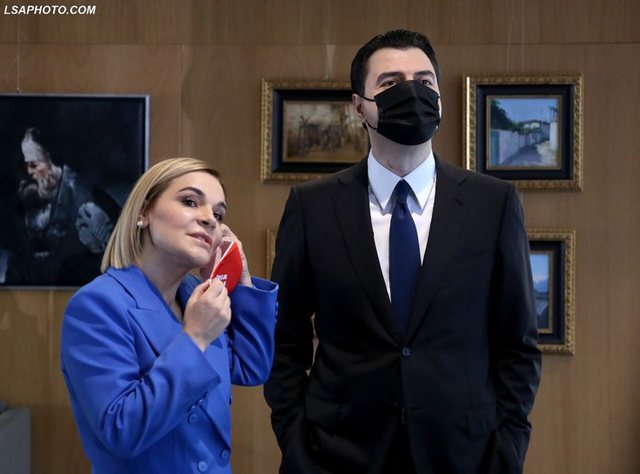 He did not take a stand on Berisha, but the reaction of the SMI came a few days after Lulzim Basha's decision to expel Sali Berisha from the parliamentary group of the Democratic Party.

The sentence for Rama's interests stands out, a thesis also used by Berisha when he accused that his exclusion came from: The dirty bargains of Lul Basha and Edi Rama 'And not from the international pressure after Berisha was declared non grata by the American Department of the State.

The General Secretary of the SMI, Endrit Braimllari confirmed the distancing from the DP during an interview where they asked Basha not to betray the cause of the opposition for personal interests and for the interests of Edi Rama. An agreement between them? "Time will tell," he said.

It is time to show if there is an agreement between Rama and Basha! We have entered the new parliamentary session and it is time to show it. The SMI has been coherent in its positions since its inception. There is no SMI request for a parliamentary group. We have made our position clear, we will be an opposition force. For us, the bureaucracies of the parliament do not matter, but it matters that the 4 representatives of the SMI are a strong voice of protection of the interest of the citizens, of the principled attitude in respect of the spirit of the citizens in the opposition. The popular vote received by the SMI under conditions of pressure and terror does not reflect 4 mandates.

The SMI has decided to stay in principled opposition, since 2017. Our decisions in opposition have been decisions in some cases were made to preserve the opposition spirit so that the SMI would not be the party that spoiled the spirit of itself. And the only request, addressed to the chairman of the Democratic Party, was very simple, not to betray the cause and the interest of the opposition for personal interest and the interest of Edi Rama. The SMI is coherent in its attitudes, there is no SMI requirement for a parliamentary group. We are an opposition force, for us it matters that all 4 representatives of the SMI are a strong voice of those they represent.

The SMI has not asked the chairman of the Democratic Party for any additional deputy, what we have asked is to stay correct and not to betray them for the interests of the opposition for personal interests " , said Braimllari for Report Tv.

Meanwhile, in the session of the previous day in the Assembly, the DP and the allies announced that they would have three parliamentary groups: One of the DP, the Alliance for Change Group and the Group for Democracy and Integration. SMI with only 4 deputies in the Assembly is not part of any group, as it needed at least 3 other deputies.