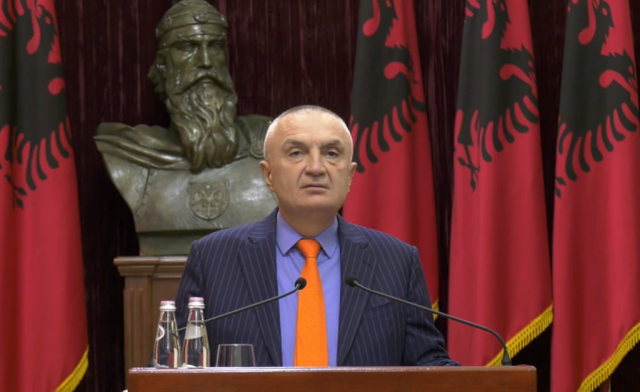 After the CEC response to the municipalities without mayors, the President of the Republic Ilir Meta has sent a letter to the Secretary General of the Prime Minister Ëngjëll Agaçi asking for information on local units where the mayors' mandate has ended prematurely.

We recall that in a response sent to the CEC Presidency, he emphasized that only three Vora, Dibra and Shkodra are without a chairman.

'' Referring to these provisions, the final body that becomes aware of the early termination of the mandate is the Council of Ministers, which according to Article 62 of the same law is the competent body 2 that decides the dismissal of the Mayor, and that according to the procedure should notify the President of the Republic of the continuation of further procedures for setting the date of the elections, in accordance with the Constitution and the Electoral Code.

However, referring to the above, you have not received such information so far, while the Prime Minister has publicly stated that the announcement of local by-elections is the competence of the President, but without notifying the latter officially and according to law. .

In these conditions, in addition to the information provided by the State Election Commissioner, the President of the Republic, pursuant to Article 92 / h of the Constitution, requests from the Council of Ministers to be informed on:

-Who exactly are those Local Government Units - Municipalities, (except for the information brought by the State Election Commissioner) in which during this period 30 June 2019 January 2022, according to the information, evaluation and decision-making of the Council of Ministers, Mayors were the mandate has ended prematurely.

-What is the legal cause and the act through which the early termination of the mandate was realized and for the fulfillment of which it is necessary to organize by-elections for the mayor, in accordance with the provisions of the Electoral Code of the Republic of Albania.

We request that this information be accurate, complete and with the necessary data, as well as to be forwarded as soon as possible, so that the President of the Republic, then proceeds to resolve this situation in the interest of all citizens of municipalities. 'without mayors, through the issuance of the decree for setting the date of the elections for all those municipalities without a mayor' ', it is said in the letter of the President. 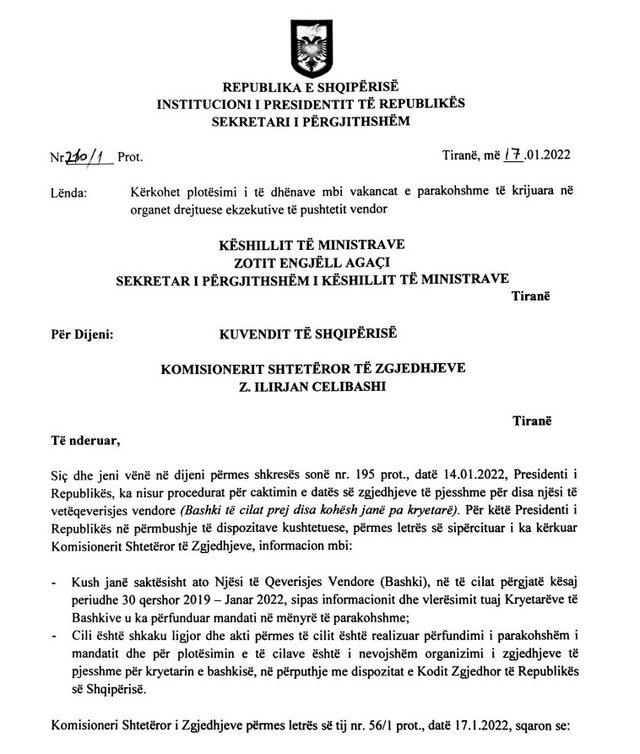 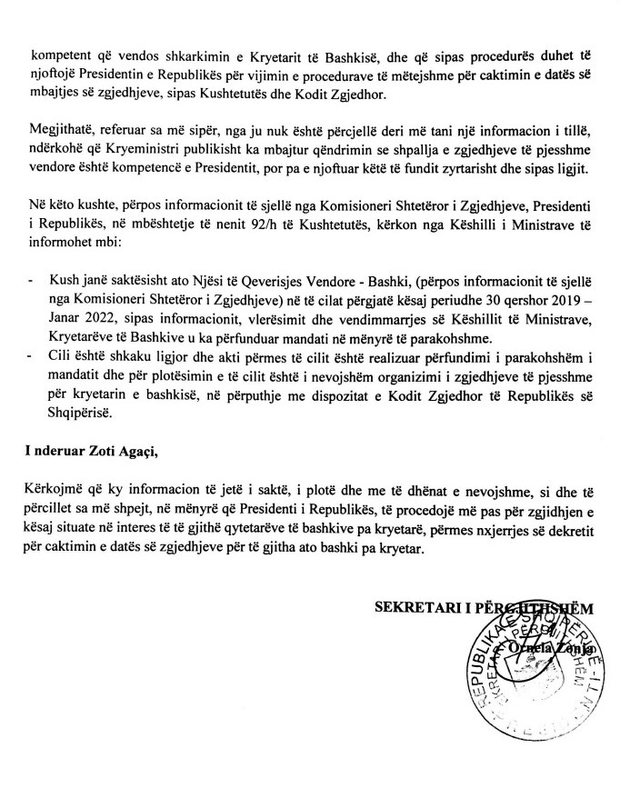