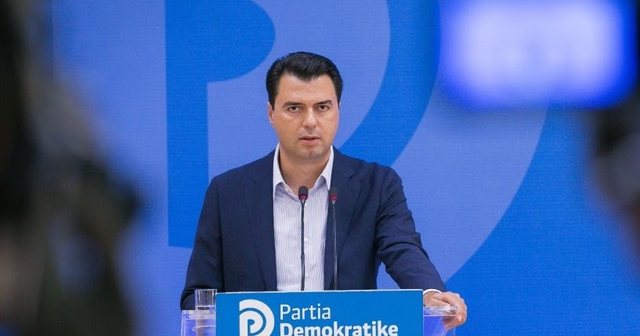 The resignation is the next step expected after a political leader loses the election, but in the case of the leader of the Democratic Party, Lulzim Basha, this has not happened, during these years of successive victories of the Socialist Party, which secured a third term in office. on April 25 this year.

How to attack Sali Berisha once again, who resigned in 2013 after losing the election to Prime Minister Edi Rama, but returned to the country's political scene as soon as Basha expelled him from the parliamentary group, the latter stressed that a mayor who resigns no longer has to compete.

Relying on his claims for the "electoral massacre", Basha stressed that in the conditions where the political situation is, the resignation would be a cowardly act.

"My task not only as the leader of the opposition but also as a new generation in politics is to talk about the end of the transition. This mentality must end. I am convinced that a resigning mayor should not run anymore. Because when he resigns it is not a word of mouth. Returning again is an act of public deception. Resignation without return yes. The statute is not decided by me but by the Assembly. The Assembly has decided that this should not be in the statute. My opinion is this. A pair of free and fair elections must lose a chairman to have to resign.

If there are free and fair elections or if you are in government yourself and you lose those elections without question you have to resign. Elections are not given by the market, the neighborhood, young people leaving the country, despair, economic crisis. When the ODHIR report says that the state does not guarantee freedom of voting can we talk about free elections. It is a drama for which Albanian families are paying the bill today. With this responsibility I am telling you today that if I had not ascertained the electoral massacre, my decision would have been resignation. In the conditions where we are, resignation would be a cowardly act.

The DP has a clearly defined way with written rules that, ironically, are signed by former President Berisha and reaffirmed by former Secretary Ridvan Bode. The use of Democrats as meat for the ball shames everyone. At the moment when the DP has an Assembly on December 18, everything else has lost its relevance. If ¼ of the delegates were to request the Assembly in a statutory manner we would not have entered into this debate at all. Paloka and Berisha say that they obstructed the third parties. I do not believe these. I believe that the path they have followed has not given the desired result. Factors of organized crime but also our political opponent has invested to use something initiated by Berisha for personal interests.

My denunciations against Suel Çela date back to 2015. I said I can never believe it. I mentioned Suel Çela from 2015 until the pressures before April 25. These are the soldiers of Edi Rama. They are the perpetrators and executors of the election massacre. I said that it is in Berisha's honor to distance himself now that the facts have been made public. That the Democrats, that all of Elbasan has learned. "They are involved in taking hostages up to the heads of group sections in his tower in the market", said Basha for "Information Radar".