Balla: For those who pretend to be farmers, I go and buy the tomatoes myself and go to the neighborhood butcher myself 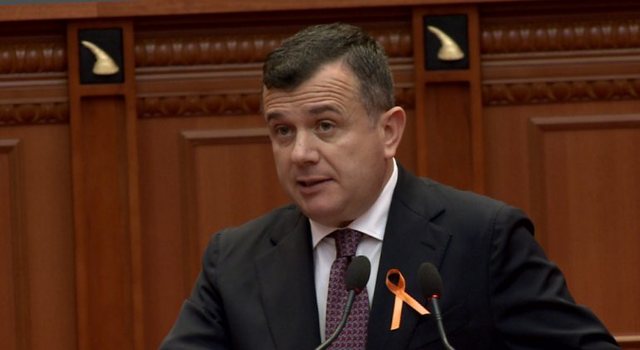 The chairman of the parliamentary group of the Socialist Party, Taulant Balla, during his speech at the plenary session today, said that since 2013, the production on land has doubled. Balla also pointed out that during the time that the Democratic Party has ruled, not a single penny has been invested in irrigation canals. in irrigation canals

"I can not but use the timing of my speech to return some answers, for some colleagues who today in this session pretended a part, a part maybe even with heart, for supposedly we have forgotten the farmers and you love them very much. I go myself to buy tomatoes and other vegetables and go to the neighborhood butcher to supply the family with food. I do not do this just for campaigning. What I mean is that agriculture is measured by how much land was planted in 2013 and how much it eats today.

In 2013 120 thousand ha were planted, today, in 2021 there are 255 thousand hectares. Slightly more than double the amount of land planted in 2013. You have to be very careful to enter into a debate with the SP about attention to agriculture. You have ruled for 13 years and no money was invested in irrigation canals by the government. Today, I am very proud that the SP, in the government of the country has guaranteed 230 thousand ha. From all this, 230 thousand ha are investments after 2013. I, too, during the budget discussions had a lot of debates. We all agree that 6% did not go to the villager, it is an illegal form of reimbursement because it did not go where it was intended. 6% did not go to the farmer, but was kept by the collector in a dishonest form of subsidy. Today we agreed with some of the protesters that 6% translates into monetary value 7.

This figure will go directly to the subsidy to the villagers. 10% of VAT will go to the budget of the Ministry to then go to the farmer. What Mr. Basha did is unfair. Comes holds a word that is not on the agenda and leaves. From the amount that will be collected will go to the father who works the land. Since you asked what have we done? You remember the flooding of agricultural land. Often times nature does its own thing, but we have invested in many dams. In 13 years, how many dams has PD invested in canals. I'm saying at the end of this term we will have reached the $ 1 billion export value. And in the fall of 2025, when some will be and some will not, I will apologize if we have not achieved $ 1 billion in agricultural exports.

But I do not know how you will cope with retirees who do not vote today. I think you should vote for this budget because it is the largest. How is it possible that we have doubled the budget in 8 years. No other country in the region has doubled its budget. We have doubled revenues. Do not get into debt because you are weak in calculation. We met with the farmers and what this majority does is that when it comes to protest, it waits for you, it listens, but we in the Assembly should also use this model of communication ", said Balla.