Tirana, as an example that refutes all the claims of the opposition and its analysts who hate Edi Rama 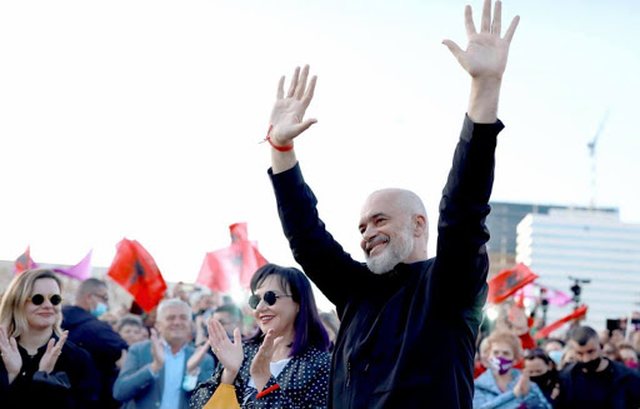 Faced with a clear defeat in the last election, the opposition and analysts close to it have begun to reproduce the already well-known fable of distorting the popular will through crime and vote-buying by the Socialist Party.

According to this logic, Edi Rama and SP did not win, but bought the elections or stole them through organized crime. So, if we were to eliminate these two phenomena, organized crime and vote buying (which are apparently exclusively socialist), Albanian citizens would have preferred Basha, Berisha and Meta (who have nothing to do with crime or vote buying).

It is clear that we are dealing with an alibi that serves the political opposition and psychologically all those who can not chew Rama as prime minister. Although crime and trafficking are phenomena present in our choices, they are not determinants. If vote buying would determine the outcome of the election, Albania's electoral map would be quite different.

The SP would dominate the northern areas where poverty is greater and vote buying consequently easier, while the DP would dominate the most developed and urban areas such as Tirana, Durres or Vlora with higher economic development where sales of the vote is less. At this point the opposition will answer that the victory in Durrës and Elbasan was as a result of crime.

But if crime is the determining factor we have no way to explain the victory of the SP in the city of Tirana or in Vlora where there is no talk of organized crime or the loss of the SP in Shkodra where crime has flourished in recent years.

The case of Tirana is especially important here because the capital, for its size, demographic composition and political history is a barometer of elections in Albania. Tirana is not only the largest and heterogeneous city of Albania, but it is by no means a political bastion, such as Shkodra.

The citizens of Tirana are the freest voters that exist in Albania, they are the most representative champion of the Albanian population and they in the majority voted for the SP.

I even laugh when I remember the parliamentary campaign of 2005 where the lawyer Spartak Ngjela, who was facing the Minister of Socialist Transport, Spartak Poci, publicly called on the voters to take the money from the Socialists and give the vote to him. . And won.

Therefore, the explanation of the electoral result cannot be reduced to stories of strongmen or gangs that buy or intimidate the citizens, because these are constant phenomena in our history of transition. A political analysis is needed that evaluates and compares the political offer of the main actors and not just their links to crime. We will undertake this analysis in the next article.