Stalin and Putin, the similarities and differences between the 2 dictators 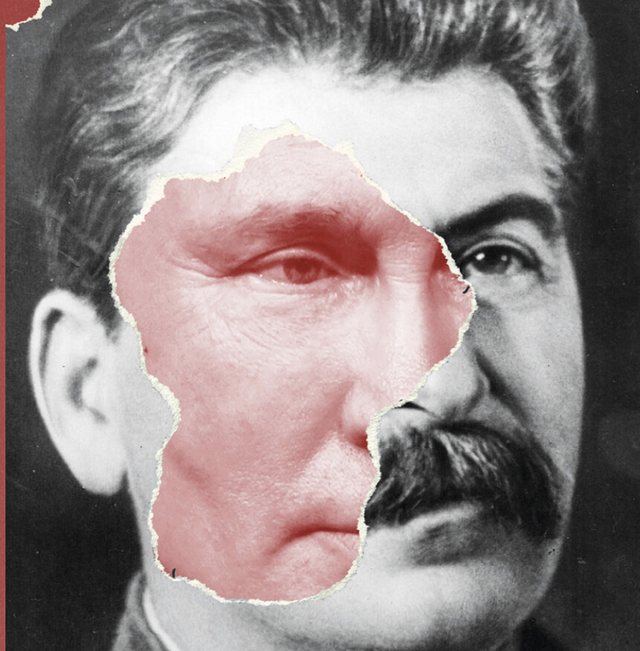 By Simon Sebag Montefiore / When guests visited Vladimir Putin in his Kremlin office, he showed them the bookshelves and asked them to pick out a book from Joseph Stalin's library. Half ofStalin's books - usually marked by the Soviet leader himselfin red or greenol

As one of his ministers told me, Putin was asking visitors to open the book, and they would look together at the notes Stalin had left. Some had an ironic exclamation: "Ha-ha-ha." Sometimes an expression of contempt. And to the others there was only one word. Thus Stalin had written the word "teacher" in the biography of Ivan the Terrible.

Today people around the world are wondering if Putin is the new Stalin. Karl Marx once jokingly said that "history repeats itself twice, first as a tragedy and then as a comedy." In fact it is not, but every Russian ruler faces some of the same issues as former Romanov tsars and general secretaries of the Communist Party.

Most Russian leaders have aspired to imitate the achievements of the two most prominent modern rulers, Peter the Great and Stalin, both revolutionary tsars, and both brutal assassins. I hope that one day Russia will be ruled by someone who does not admire any of them. Yet Putin is not a Stalin. Stalin was a Marxist, while Putin is a 21st century tyrant who, while copying elements of the Romanovs and Soviet imperialism, is a populist and nationalist, a practitioner of the identity politics of this century, who still uses the weapons of old fashion. as well as new high-tech weapons like social media.

Yet Stalin's influence is cemented everywhere in Russia's state structure. Putin's repression in Russia increasingly resembles Stalinist tyranny, in its cult of fear, in patriotic rallies, suppression of protests, brazen lies and total control of the media, albeit without mass deportations and shootings.

To date. And this is not surprising since the modern Russian state that Stalin formed in the early 1920s never disintegrated into the democratic turmoil of the 1990s. Despite its democratic facade, the Russian executive remained an autocracy in which presidents - similar with the early tsars - chose their descendants as Boris Yeltsin and Putin did.

The security organization founded by Lenin, CEKA, formed and micromanaged by Stalin, known by a series of grim acronyms - OGPU, NKVD, MGB, KGB, FSB, split from the presidency in Yeltsin's time but was not dismantled never.

As a former KGB lieutenant colonel, Putin is a proud "Chekist." Then there is Ukraine, a country that was brutally suppressed by Stalin, and which today is attacked by Putin. The Russian president shares part of Stalin's determination to liquidate Ukraine's nationality and independence at all costs.

The differences between the two are as great as the similarities. But perhaps it is the similarities, the ones that matter today. In many ways Stalin has overshadowed Putin's life. In 1952, when Stalin had one year left to live, Putin was born in Leningrad to a multi-ethnic Stalin-sculpted Soviet Union whose achievements dominated Putin's world.

Putin praised Stalin's achievements, noting that "from 1924 to 1953, the country ruled by Stalin changed from an agrarian society to an industrial society." Regarding World War II, he said that "no one can now throw stones at those who organized and stood at the head of this victory."

He sees Stalin as a flawed titan, born for revolutions like Oliver Cromwell or Napoleon. "Stalin was a product of his time," Putin told Hollywood director Oliver Stone. "English history has Cromwell… Napoleon is almost a god in France. "History is full of such characters," he added.

Stalin and Putin share the belief that autocracy, backed by imposition, is the best way to manage Russia. "The Russians need a Tsar," Stalin said. Even Putin agrees with him. Both are obsessed with history. "Every time Putin meets historians, he asks, 'How will history judge me?'

History is constantly present for both. When the former US ambassador to the Soviet Union, U. Averell Harriman, congratulated Stalin on his conquest of Berlin, he replied: "Yes, but Alexander conquered Paris." But even the differences are overwhelming . Stalin was a Georgian born under the surname Jugashvili. Putin, born in Leningrad, stressed in the first days of the occupation of Ukraine "I am a Russian!". Stalin was a fanatical internationalist Marxist; while Putin believes in the "Russian world," beginning with the orthodox conversion of Vladimir the Great in 1918.

He despises Marxist ideology, believing that the Leninist revolution destroyed the Russian Empire. By avoiding communism, he promotes Kremlin-KGB capitalism. Stalin, who had no interest in money and had only a few uniforms (though he liked the use of comfortable palaces) would be disgusted by the vulgarity of the yachts and ultra-planes of the rich Russians.

Stalin lived for 20 years as a secret revolutionary, inside and outside prisons and in Siberia. Putin climbed the career ladder as a small KGB operative at the time of the monumental stagnation of the Soviet bureaucracy.

Stalin believed that socialism could only be spread through murder and terror. Stalin killed up to 20 million innocent people; 18 million were put in his gulags; and most of them never returned to their homes.

Putin uses surgical assassinations, though often spectacular, preferring exotic poisons. Although Stalin's achievements came at an unacceptable cost, Putin said in a 2017 Stone documentary that "Stalin's excessive demonization is a means of attacking the Soviet Union and Russia."

He won Lenin support by organizing bank robberies with a gang of mobsters and psychopaths to fund the Communist Party. When an idealist Marxist complained to Lenin about Stalin's violence, he replied, "This is the kind of people we need!"

Putin has a special connection to the secret services. His grandfather Spiridon Putin was a chef who started working at the Astoria Hotel in St. Petersburg, where he cooked for Rasputin. He later joined the "service staff" of the OGPU / NKVD working in state-owned villas, serving Lenin and Stalin.

As a young law student, Putin joined the KGB in 1975. During the sclerotic reign of Leonid Brezhnev (1964-1982), the KGB under the leadership of the talented Yuri Andropov was the only organization that maintained its prestige. In 1991 Putin was working as a KGB lieutenant colonel in Dresden, East Germany when the Soviet Union collapsed.

He returned home in despair. When he came to power as prime minister in December 1999, he trusted the "Chekists" above all. His old friend and former director of the FSB, Nikolai Patrushev, who is now secretary of the Russian Security Council, has stated in one case that KGB officers: "are not at work for the money - they are the nobility young".

But it is a nobility with the ethics of a gangster. As Putin admitted when he attacked the Chechens: "We will kill them in their homes too!" Those who betrayed this "noble order", such as Alexander Litvinenko and Sergei Skripal, would be liquidated, just as Stalin killed Trotsky and many others.

Stalin's visitor book reveals that he spent many hours every day with his secret police chiefs. Both dictators were intoxicated by victories. No one was crazy, but the conviction of being infallible is a dangerous pathology.

At 69, Putin is the same age as Stalin when he blocked Berlin. Even in an age when information is freely available on the Internet, Putin is as isolated as his idol. After 20 years of successful dictatorship, hidden in his residence in Novo-Ogaryovo, terrified by Covid, distanced from his once trusted friends, and deceived by a distorted nationalist fetish fixation on Ukraine, Putin and has fatally misunderstood the passionate patriotism and courageous resistance of the Ukrainians.

But in Russia, modern Russian youth, long accustomed to international travel and social media, are less tolerant of irredentist imperialism. They are protesting boldly. Thousands of them have been arrested; even the elite has denounced the war.

Tens of thousands of Russians are rushing to leave the country. Putin's decision is "rational" within his distorted worldview. But he is part of a great game to secure his legacy, change the course of history, and restore a Russian empire to this new high-tech interconnected world.

As this cruel war and Western sanctions overwhelm Russian society, Stalinist terror will become essential to Putin's stay in power. If he loses, he could be ousted by his courtiers - the Tsars and secretaries-general are usually ousted by palace coups rather than protests - but he can also survive, as Saddam Hussein did after two defeats. If he wins, Putin will join Peter the Great and Stalin in history. "Winners are never judged," Stalin once said.

Note: Simon Sebag Montefiore, renowned British historian. Author of bestselling books such as "Stalin: In the court of the Red Tsar".