Why are Basha's 'full' promises empty? 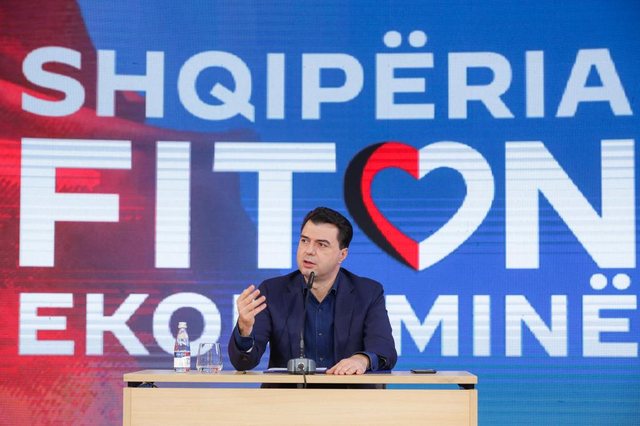 The presentation of Lulzim Basha's electoral program highlights only one fact, that in Albania there is a lack of right-wing political offers, a disaster for any country that aspires to a healthy democratic life. While the right in the country is waiting for a liberal offer to free the enterprise and professionals from the "clutches of the state Leviathan", Lulzim Basha offers the "nanny" government to accompany you from the cradle to the grave with subsidies and aid.

Basha's "commitments" to dress in the "veil" of liberalism show the cognitive dissonance of an identityless leader. In advance he promises tax cuts that will inevitably result in falling state revenues (which in itself is not necessarily bad as long as the market has liquidity and entrepreneurial activity is growing), but he also promises a reduction in public debt. At the same time, Basha promises the colossal tuition costs of 90% of state-funded students, the guarantee of taxpayer-funded internships, astronomical salary increases and millions of euros in subsidies in each sector, all promises that can only be funded with high taxes or with increasing public debt.

It is evident that an implementation of the Basha program would inevitably lead to such an increase in public debt, which in itself constitutes a tax on the savings of family members, the middle class and entrepreneurs, the social strata that a right-wing political entity is supposed to represent. I dare say that a nominally right-wing politician is familiar with the work of Henry Hazlitt who describes how "inflation is the real opium of the people" in conditions when it creates a false and temporary optimism by throwing millions in the market which are then billed to everyone. society, especially to the most productive and responsible strata that contribute even more to mutual funds.

By what authority will a "liberal" political formation be imposed on the enterprise, forcing it to add to its staff thousands of unqualified individuals who have been elected by arbitrary criteria ?! Grades are not the only indicator of a student's ability to enter the job market, and will an entrepreneur have the right to fire these young people hired by taxpayers for poor performance? Is it supposed that a young person, who after high school due to economic difficulties or even skills in manual work and who earns his salary by sweat, pays taxes for the education of an art student? A right-winger understands that although education is generally good for the public, private education is an individual responsibility and the public cannot be billed at the cost of the life of anyone who chooses to attend school.

Entrepreneurs and the middle class in Albania need a political alternative that will erase the term "state" from everyday life, a reality where at every table this word will not be used only as a subject that evokes fear, or hope for corruption, by those who have access. Professionals need full assurances that their savings and money will preserve value and that merit is not dismissed with a drop of a pencil. The state can not provide solutions to all the problems of every person, because the state neither produces products nor sells services, everything it has has been collected by taxpayers.

Who will subsidize each sector of the economy? What are the consequences of injecting billions of ALL without corresponding value in the market for families and their savings? What are the prospects of entrepreneurship in the conditions that the state plans who will be employed and in which sectors? How does the flat tax coexist with economic intervention in every category of enterprise? These are the questions that need to be answered! On the contrary, Basha goes beyond the pejorative connotation of the term "populist" and is classified as a "mocker" of all those who know at least how an economy works.

Do the right deserve an electoral alternative in a country literally persecuted by centuries-old statism? This is the question that is asked to voters in the conditions when they are offered too many leftists on the ballot paper. The DP must find its identity as the party of entrepreneurship, of hardworking and productive people if it hopes to penetrate and re-establish bases in Albanian society. Allowance for subsidies and "free lunches" should be left to the left, which has an arbitrary redistribution of income. In the words of Milton Friedman "there can never be a free lunch, someone will pay for it".