Why does no one know the name of this woman in Albania? 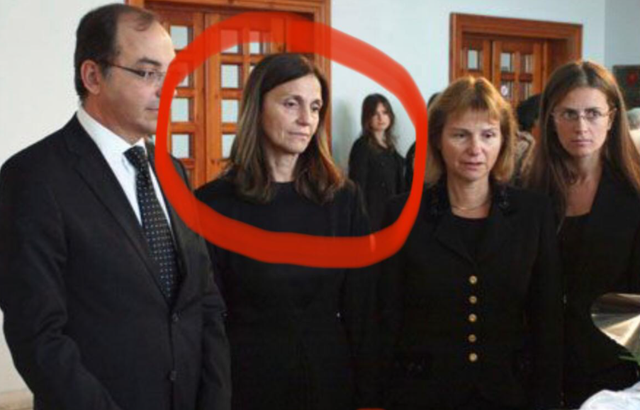 By Kreshnik Spahiu / It was a rainy day and lightning. A suffering woman, simple, head down was walking slowly made of porridge from the rain. She was wet from head to toe with all her clothes. He took his steps slowly, from the weight of the food he held in both hands. There were two bags of greens and vegetables he had bought at the villagers' stalls.

She was walking along the bar in my neighborhood, devastated by a tiring day and drenched by rain raining down on her body, without an umbrella because her hands were busy with the weights of potatoes, tomatoes, cabbage and onions of the season .

The bar where I was drinking coffee was held as a militant rally. This is what happens every time I return to Albania on vacation. Neighborhood boys gather and debate politics with me. Of course, the Democrats are more passionate because they have left the party on the streets for 8 years and one day you see them eating pumpkin seeds, and the next day sunflower seeds, and they count every day waiting for the government to fall or get a job in customs, taxes, police or through ministries.

Between the debate full of passion and high tones about who is more thief Rama, Meta, Berisha or Basha, I intervened and interrupted the debate.
I took out my wallet and told you: “Look at these 200 euros, they are a bet from me. Which of you finds the name of this poor woman who is passing in front of the bar? "
Everyone was silent and said:" We have neighbors but we do not know her name ""
Gersi, Lorenci, Ardiani and Arjani got up and approached her and approached her . They looked to the left and to the right. They accompanied him for about 50 meters.

They thought and thought but could not find it.
They said to me: Give us a clue what it is, artist, journalist, doctor?
No no I said: He was one of the most important people from 1985-1992.

Everyone shrugged and lost the bet.

If there was a Range Rover and a villa in Lalzi Bay or in Farka with a swimming pool, you would probably think that Dad had a President.
Today, we know them: daughters, sons, brothers, sisters-in-law, aunts, uncles, and even the father-in-law we know.

Meanwhile Zana continued walking wet from the rain and away from the eyes of the boys of my neighborhood who dreamed with open eyes and the hope that the government would change or Albania would win.