Why is political debate between leaders a necessity to have a normal campaign and election? 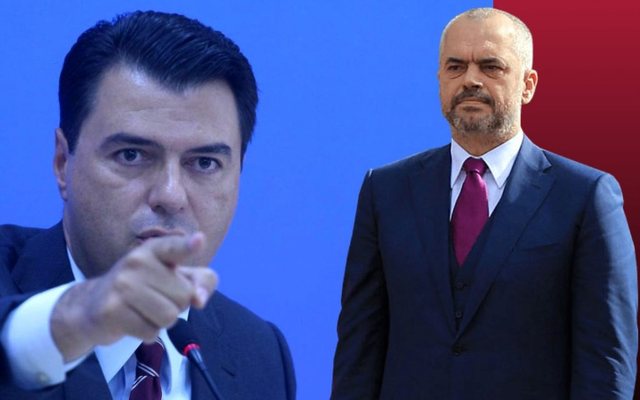 Political debates between leaders of major parties are a routine practice in every election cycle for all countries that have pluralism, whether fully democratic or developing countries. Albania is an exception and the fact that we do not have sanctioned either legally or only as a tradition the debate between the leaders of major political parties before the vote should be a concern for all.

Asked about a possible confrontation with opposition leader Lulzim Basha, Prime Minister Rama said he would reject the debate for two reasons: first, he deems that the debates are not part of the Albanian political tradition and second, he said that can not argue with a man "who is not responsible for what he says."

It must first be understood that the pre-election debate is by no means a "luxury" or an indicator of a high democratic standard, as authoritarian states such as some Latin American countries, or closer to us Hungary and Turkey, hold televised debates between candidates for the general election. On the other hand the lack of this tradition should concern us all and the implications of not having a traditional format of political debate between party leaders is manifested in the increased tension and frustration between other candidates and the general public.

The formal debate between the leaders is not just another confrontation between politicians that can attack or denigrate the figure of their political opponent, but it is a space where the programs of the parties must necessarily be the subject of conversation. Of course, the conflict can not be avoided and the "most spicy" jokes will be remembered more than the program details, but the format itself gives the public the opportunity to identify the candidate and the political party with which he "finds himself" and has interests. As during the election campaign each party speaks to every stratum and interest group in society, the priority of a topic, project or social strategy that the leader will formulate in his rhetoric, clearly divides programs and ideas. The debate is organized in a format that is divided according to key issues such as: economy, integration,

Debate is the only platform where we really compare leaders, their temperament and programs.

What happens in the absence of debate? Every political side is stoic of the idea that the plan and rhetoric of the opponent is useless and then this is channeled into those fierce and frustrated clashes of party exponents who have the task of filling the vacuum left by the lack of debate of leaders and make bombastic promises or proclaim their program.

Many may agree with Rama that the reduction of social security can not lead to an increase in pensions and this promise of Basha may be really absurd, but at least he should be given 90 seconds to answer exactly that. issues and maybe he can get the accounts. And if Basha makes any arithmetic mistake, Rama will be there to point it out.

Contrary to what might be thought, a debate would provoke conflict and political divisions, I think the opposite is true. The lack of debate, which is a compass of political orientation in all democratic countries, leaves room for speculation and gives a disproportionate role to the less important figures of the political entities that populate the television studios every evening.

In the US, 8% of the electorate decide on the basis of performance in the debate of leaders, while in England the 4 rounds of debate force political party leaders to describe in detail their plans for the various program sectors before the space is created for exchanges between them. But even those parts that can be considered banal by debate skeptics, are a rare indicator of the character and temperament of the leader and then it is up to the citizens to reward or condemn from the electoral point of view aggressiveness and offensive language.

The lack of debate has greater consequences than is apparent and the creation of a tradition of political debate is a necessity for Albania to be a normal country from a political point of view. The unwillingness to debate only shows that the parties benefit from confusion, from unqualified issues, where anyone can interpret the programs as they wish, and ultimately the rejection of the debate is a fear of exposing weaknesses both individually and in the party.

The media must do much more to impose political confrontation between leaders and force the parties to confront each other and the public. No other campaign should pass where this evasion of the truth is tolerated by the media and the voters in Albania.