For those who demanded a riot, a civil war, to set the country on fire, what will they say now? 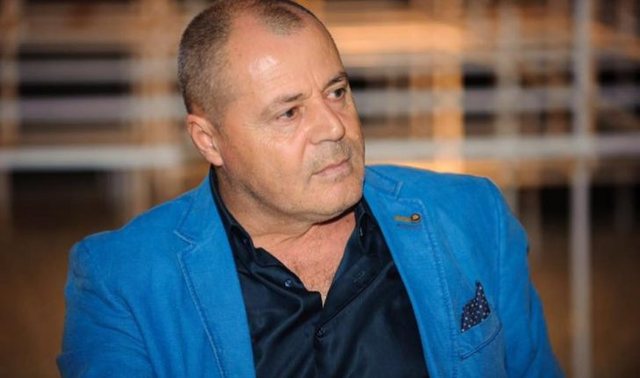 By Mustafa Nano / Do you remember where you were on June 30, 2019, at noon? It was Sunday. Surely, you do not remember. As for me, I remember very well. I was at the Jeronim de Rada school, on Fortuzi street. I was there to vote. That day the school was turned into a polling station because local elections were being held. As I was entering school, a dozen people who were Democrats caught my eye. They had a sad, desperate look, some careless, and some even had letters in hand and kept notes. They kept notes on everything that was going on there because they were monitoring the process.

They also kept track of who the Democrats were entering to vote alongside the others (if there were any Democrats). They were keeping track of whoever went to the polls. They were taking note of me too, maybe. Socialist voters were also noting that they were not numerous. They were less than Edi Rama and Co. expected. Such a thing was expected of all because it was written on paper and it was known a priori who the winners were. Consequently, the level of participation did not matter, because our Constitution does not provide for any level of participation in elections, below which elections would be considered illegitimate.

I was there with a kind of squeal. And this for two reasons: First, because those choices were strange, absurd, abnormal, ugly. But secondly, there were many of my colleagues, many public intellectuals who would not vote that day, who had declared their vote. Some of the latter had raised their voices and demanded a riot, a civil war, they wanted to set the country on fire, and so on and so forth. And I had these out of my attention. But it was the rest, public intellectuals unrelated to politics, that came to my mind. These people did not vote for the same reasons I tried to vote; for the fact that those elections were ugly. They were elections that reminded us of the times of Enver Hoxha.

However, I did not have any remorse at that moment, and I do not have it today… much less today. And I do not have this guess for a very simple reason, for a logic that I want to defend: The date of the elections is determined by the Constitution, and is not determined by any party whim, no political game, but only the Constitution. And according to the Constitution, the date of the elections was June 30th. This was also recognized by a first presidential decree. Because then, President Ilir Meta issued a second decree, in an unprecedented way.

Through the latter, he demanded the annulment of the first decree and set another date, October 13th. He set this with a Kachak logic, absurd, meaningless. In fact, he set it with a clear political logic: to serve the opposition and its own selfishness. The Venice Commission spoke that time, and rebuked the president's decision to issue a second decree. The Commission implied that the decree should not be considered, and based on the opinion of this Commission, elections were held on June 30, 2019.

The day before yesterday, the Constitutional Court took a long-awaited decision on this issue. This decision stipulates that June 30, 2019 was the legitimate date for the local elections. All local authorities elected that day have the right to consume the mandate until the last day. I expected the opposition to come out and apologize, or at least distance themselves from the decision they had made, and admit the mistake made, but they did not do so. In fact some have been doing it for a few weeks already.

But those who have admitted the mistake, do this to convey the blame to Lulzim Basha, to highlight the fact that the only culprit in the middle is Lulzim Basha. And this is an unfair thing. Because if you remember those times well, all the opposition voices, all the opposition factors (and when I say all I mean all, absolutely all) were in favor of the decision taken by Lulzim Basha. They welcomed the decision. They supported him with all their might.

And therefore it is unfair that some voices today are rising and seeking to crucify Lulzim Basha for this decision. Lulzim Basha certainly has his mistake, the biggest among them, but the blame lies with all the forces of the opposition camp. Therefore, I want to emphasize that those who have come out and are making Lulzim Basha the only culprit, should shut up. It is a shame what they are doing. They are guilty together with Lulzim Basha for that absurd and unprecedented decision in the history of democratic countries, in the history of world democracy.