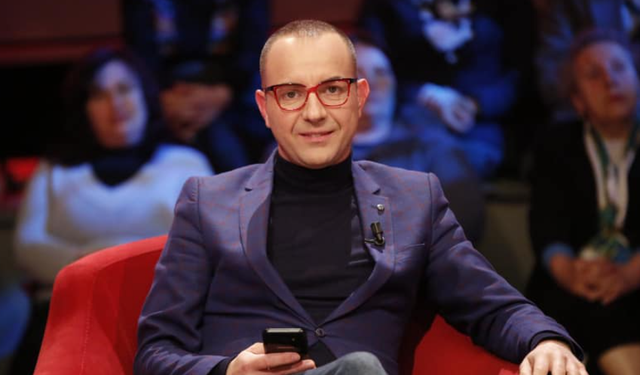 By Denis Dyrnjaja / I interviewed Andi Bushati several times on Top Talk. Even yesterday, while following the situation that took place in the offices of FRD, a political party created by former President Bamir Topi, I canceled the planned guest and said I was taking Bushati.

We could not connect and as a result I was able to get live his reaction and opinion in the studio about what was happening in the skirmish between the president of the republic and the municipal police who guarded the municipal building, but given to a political party .

Bushati later expressed this attitude in an editorial on his portal "lapsi.al" after the event when Ilir Meta appeared on that unprecedented stage with all his personal physical potential, gesturing and blackmailing. It would certainly be a surprise not to be surprised by what Albanians saw as the president found himself there "accidentally" and then immediately realized that he had to intervene physically himself to defend a violated right of a political party.

Now I am asking some questions that yesterday I had planned to ask Bushati if I would have him in an interview as I described above, but today they get the tone of rhetorical questions that do not need answers.

1) What is the job of the President of the Republic to engage in an administrative conflict between two other institutions ?!

2) Why was the President not seen one day going to protect the theater building or the inhabitants of the new ring physically and how did the road never inadvertently fall neither to the theater nor to Astir when protests took place ?!

3) Is this the right way to protect the right and resolve disputes?

4) Is it the court or the president who decides what is right and wrong ?!

5) Is the president a symbol of respect for the constitution which recognizes only one principle: disputes are resolved in court ?!

5) Was the message of the president a message of self-judgment, giving impetus to social conflicts between people, to resolve the disputes between them by force, producing fatal consequences ?!

6) Did the president set the example of a statesman or a gangster ?!

Bushat, among other things, write this paragraph in your editorial, I quote: I manage to imagine all the excuses of the assholes, the cowards, the surrendered, the neutrals of evil, who seek to manipulate the agitprop of the Renaissance.

True, there may be a lot of assholes, cowards, people who surrender or neutral to the injustices of the government, as you describe it, but all of these to mention Bushat are at least not "loaves" of brains to think and rather to believe that Ilir Meta bursts for democracy and the constitution and even more for a party headquarters ?! Of course I know that you are not like that, but I know why you do how ... by anathema, or ignoring those who do not think like you and the president and who consequently do not think like the prime minister ?!