With an open heart, but with the door closed… 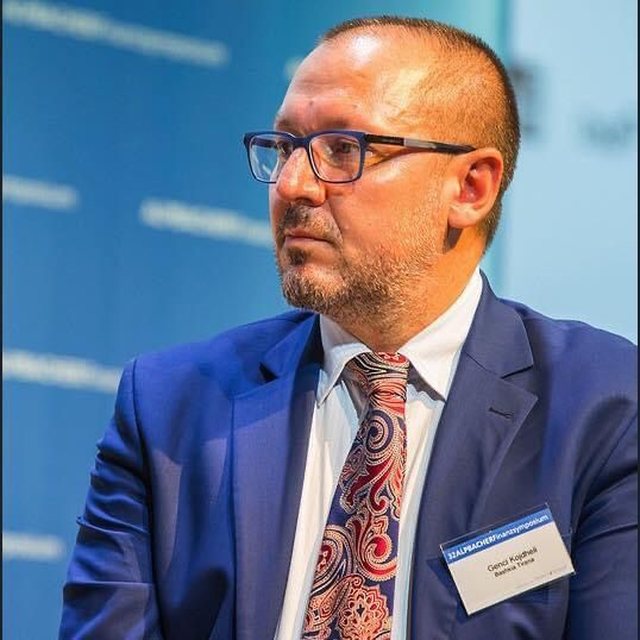 A superficial look at the history of mankind is enough to understand that migration has been and remains an essential element of our species and the dominance of the planet where we live. Regardless of the reasons, be they economic, social, religious or just curiosity to explore the unknown, humans have migrated for millennia, and the "free" movement of people has been more than normal until the installation of the consolidated border system, passports and visas, sometime in the late 19th century.

And despite the constraints and difficulties that migrants have encountered and continue to encounter around the world, immigration is not slowing down, as migrant destination countries (mainly Western Europe and North America) have for years faced a very socio-political dilemma. complicated. Immigrants are a vital source of economic empowerment for a specific country; they increase the diversity and capacity of the labor market as they inject new ideas, money and skills into the economy and society. On the other side of the coin, immigrants carry with them race, language, religion, practices, customs and customs different from those of the host country society, and consequently this contrast creates constant social and political tensions, which are easily observable. in many of the modern societies in Europe and beyond.

Considering the above, the noise about the arrival of Afghans in Albania, accompanied by a strong xenophobic aggression, is both inexplicable and disturbing in terms of the medium and long term development of the country. I do not want to make here an analysis of the pros or cons related to the specific case, as the situation is sui-generis (immigrants are not traditional immigrants or refugees) and includes our obligations and commitments in the context of the relationship with our partner strategic, i.e. the US. The case in question calls for a careful deepening in terms of national security, and consequently it is up to the competent authorities to decide the right strategy and steps to be taken to (welcome) the arrival of newcomers from Afghanistan.

Meanwhile, a good part of Albanian society seems to have forgotten that "Afghans" were us, until 2 decades ago. Albanian emigrants for years remember well what prejudices, aggression, barbarism and inhuman treatment they faced (and still continue to face) in any interaction with the state, army, police, employers or any component of many "western" societies. Where Albanians flocked in the early 1990s. Labels such as 'uneducated barbarians', 'people with tails', 'backward Muslims' or 'remnants of communism' have marked for years the emigration of Albanian emigrants to integrate in the countries where they emigrated. Despite this not at all hospitable reality, Albanian emigrants have known how to integrate well in society and economy, in academia, sports, art and culture in every country where they have gone, constituting today an asset for the host countries, but also a strong development potential for the country of origin, through remittances or direct and indirect investments. The above does not make us Albanians more special or more capable than the 'others'; adaptation and integration (or even assimilation) in host societies is a natural element of migration, and very simple to observe in dozens of cases, from Italians in the US since the middle of the twentieth century. 19th, to Filipinos in Australia, to Venezuelans in Chile, to Poles in the UK, or to Indians in Canada. Many may claim that, unlike Afghans, we Albanians are "European" (and this is absolutely true, historically and geographically), but it is certain that hundreds of thousands of people (and institutions) in Greece, Italy, France, Germany , Austria or the United Kingdom have not seen us valued as such, and perhaps still do not see us as Europeans and as equals. Consequently, the aggressiveness and intolerance of a part of the Albanian society towards the 'other' and the 'foreigner' are hypocrisy and historically unjustifiable, considered a not too distant past which has affected almost every Albanian family.

Meanwhile, in the context of what is happening with the arrival of the Afghans, we must also consider a not too distant future. If we aspire for our country's economy to grow and develop, we will inevitably have to face the fact that our country will inevitably become a migration destination. Whether the tourism sector will continue to develop to accommodate larger numbers of tourists (including mountain and adventure tourism), whether agriculture will expand into agro-processing and agro-tourism, and whether the services sector will be profiled and perfected for to serve European markets, it is certain that the country will need labor that the local society cannot provide. If the growing trend of our economy and society continues, combined with a medium-term accession to the European Union, Albania will soon become a migration destination. Also, logically, emigrants in Albania will not come from European Union countries, but most likely from Africa, Asia or the Middle East, and consequently will be very "different" from us; exactly this change is hard to accept!

The challenge that awaits our society if this scenario becomes a reality is serious and extremely complicated in sociological terms. Although in our imagination we label ourselves as hospitable and tolerant, our society (at least in modern times) is almost hermetic and has almost never faced the challenge of hosting and integrating the 'foreigner'. The cases of influxes of the Cham population (in the 20s and 30s of the last century) or war refugees from Kosovo are not identifying, as the 'newcomers' were ethnically and linguistically the same as us.

Despite the rhetoric and self-identification as generous and hospitable, it seems that a good part of the Albanian population does not feel very comfortable with the idea of ??living near refugees or emigrants. The so-called "culture of hospitality" may not exist in Albanian society, considering that 'foreigners' will have to share with us the neighborhood, schools, restaurants, public transport, beaches, cinemas, the ranks of institutions or even the workplace. Similar experiences from the western world tell us that societies may agree 'on paper' to "accept" foreigners, but individuals within these societies usually apply the NIMBY (Not-In-My-Back Yard) or 'No-In' position. -Bahçen-Time ', and accept the foreigner in principle but encounter difficulties when this foreigner touches their daily life. More or less, our approach seems to be style:
It is exactly the right moment for the Albanian society to start internally this very important debate for the development of the country. Civil society and the media, academia and the business community, together with the political class and governing institutions, should publicly discuss and analyze the potential for opening the country to 'foreigners', putting in context the history of our country, the needs of society. and the economy, as well as all socio-cultural compromises to be made in the name of tolerance, hospitality and inclusion. If this debate does not happen now, it is certain that beyond incidents with racial and ethnic background, very soon we will face slogans such as "Albania for Albanians" or a party with the word "Aryan" in the name and in the program!