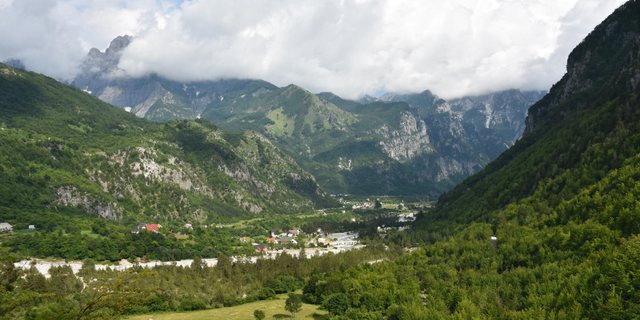 Even if they remind you more of the Pyrenees, the limestone massif of Albania, part of the Dinaric Alps, is a small green paradise for climbers who are looking for paths that are neither too beaten nor too expensive, writes Hubert Prolongeau for the newspaper best known French "Le Monde".

This is one of the most stunning sequences in Annie Ernaux's Nobel Prize for Literature film, The Super-8 Years, that of a trip to Albania in the 1960s, at a time when an omnipresent dictatorship engulfed the country. in isolation. Sad environment and inability to move by yourself!

Albania is starting a tourism comeback, no doubt hoping to replace Croatia in a few years in the Balkan paradise.

His strong points for this?

A capital that has offered to color and multiply the works of street art, the cultural cities of the South, the beaches of the Adriatic and the mountains that offer wonderful hiking opportunities.

They are called "Dinaric Alps".

The term is incorrect, because it has no geographical connection with this essentially limestone massif, which owes its name to Mount Dinara.

The highest point, the peak of Jezerce, 2,694 meters, located in Albania, is an increasingly popular destination for hiking enthusiasts, attracted by the beauty of the landscapes and the modest costs.

The Valbona Valley, an 8,000-hectare national park, is the most visited of these expanding regions.

Climbers come from all over, Europeans, but also Indians and Americans.

"I'm here because I love the mountains and the Alps at home are too expensive," says a French student.

From Valbona, a small village, we reach the best preserved alpine village in the region, Thethin.

The ascent to the Valbona pass (1,759 m) is long. It is the beginning of autumn. Beech red blazes. The path climbs between walnut, chestnut and wild apple trees.

Blueberries, wild strawberries and pomegranates grow by the roadside.

The wildlife is further away, but can we complain?

In these forests you can still find wolves, bears and lynx. The river is home to trout, a rare fish.

From the pass you can see Bjeshke and Nemuna.

The name comes from an old legend of the 15th century.

A woman had fled the Turkish invasion with her two children by climbing the mountain. But her offspring eventually die of thirst, and the mother curses the mountain, which will give its name to the two peaks.