The heavy loss of Jorida Tabaku in the three units given to Basha! Why the most promising figure of the DP failed 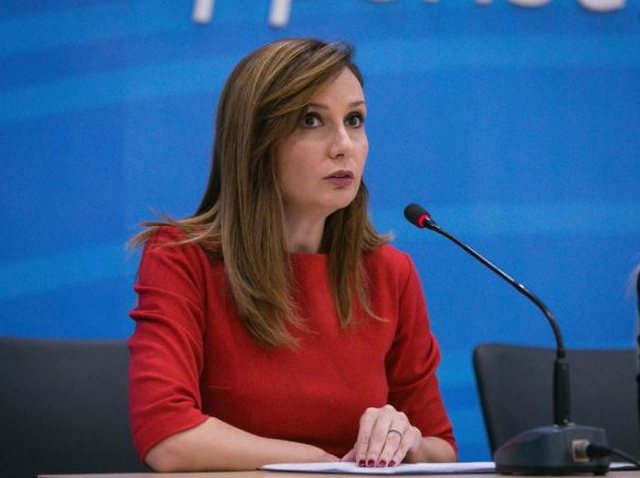 When Lulzim Basha appointed Jorida Tabaku as the political leader of the Democratic Party in Units 2, 3 and 10 in Tirana, removing her from her traditional area, from Unit 8, where she was born and raised, many saw this as a punishment for two consecutive losses that Tabaku had inflicted on the blue headquarters in one of the areas that has historically been right-wing. For those who do not remember, Unit 8 is also the area of ??Lulzim Basha, and after two heavy losses in 2015 and 2017, where this unit strongly supported Erion Veliaj, Tabaku had to compete elsewhere on April 25.

What happened on April 25 in Units 2, 3 and 10, where Tabaku took the lead to defeat Erion Veliaj? In all three units, the former deputy mayor of Tirana at the time when she was led by Lulzim Basha, has lost a lot! It has not been able to provide a positive result even in Unit 10, which like Unit 8, is known as the bastion of the DP, where the DP has won even in its most difficult moments and the lowest quotas.

Moreover, Tabaku has marked a poor result as an individual candidate in Unit 10, where he was able to get only 286 votes, ranking 5th among the DP figures voted in this unit. A big disappointment for Tabaku, which having Unit 10 as its exclusive area, should have scored a better result, at least for its name. Which shows that not only does she not have the support of the citizens of Tirana, who have voted en masse for the SP, but she also does not have any consent within the DP voters, who have voted for other figures, such as the charming daughter of screen Oriela Nebiaj.

For comparison, the "counterpart" of Tabakut from the ranks of SP, Fatmir Xhafaj, sent exclusively to lead the campaign of the Socialists in Unit 10, received 2795 socialist votes in his personal name, strongly influencing the victory of SP in this unit.

The heavy loss of Tabak in all three units, which was charged to Lulzim Basha, will not go unnoticed in the DP. But some of the reasons for this civic rejection of Tabakut's name can be highlighted now.

The absurd opposition he made to the project of building a school, which inevitably linked him to the most negative record of Lulzim Basha in the Municipality of Tirana, who in 4 years (2011-2015) did not build any school in the capital, seems to have resonated with the vote of the citizens, who apparently want more new schools in Tirana. The citizens have clearly shown with the vote of April 25, that they reject the model of fines and personal benefits, punishing Tabaku with a vote, who could not escape the temptation.

It remains to be seen how much the 3 consecutive losses in Tirana will affect Tabaku in the blue headquarters, when it seems that the DP is preparing to enter a storm of debates about the loss on April 25.