Artan Shyti / Asking politics to stay away from sports is pure ignorance. The presence of the state in sports should be promoted 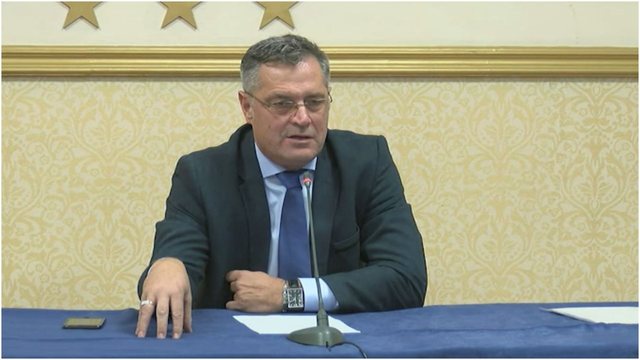 By Artan Shyti / In the election frenzy in FSHF, one of the most frequently heard leitmotifs is that politics should not be included in sports. I'm sure those who shake this thesis know very little or nothing about the very specific relationship that politics has with sport. In the current world reality there is no area of ??economic and social life that is not influenced, conditioned and controlled by politics. And sport does not and can not be an exception.

We need to be clear that being influenced or monitored by politics is not a negative element. On the contrary. The moment politics becomes sensitive to sport, it means that sport has become important to society. Therefore, politics, which directs and orients every field of social life, will definitely be interested and present in sports.

In the modern history of the relationship of politics with sport there is a clear evolution in the twentieth century. In the beginning of the organization of modern sport (late nineteenth and early twentieth century), sport was an activity outside of direct political interests because its development and spread were fragmentary and specific only in high European society. With the increasing importance and popularity of sport, with the increase of its massiveness and spread in all strata of society, in the second half of the twentieth century, sport became an important issue for society and, consequently, for politics. Thus, the most important international political institutions such as the UN, the Council of Europe, the European Union put sport on the agenda of their activity,

That it is foolish to ask politics to finance sports on the one hand, to support the participation of people in sports, and on the other hand to shout that it should stay out of it, not be interested in what happens in sports, even when some who have entered the sport from the "window" want to make socks. The presence of the state in sports is a reality that not only can not be contested, but must be accepted and promoted. To demand in the 21st century that politics stay away from sports is pure ignorance, at best, or provincial satanism at best ... Politics and government as an instrument that concretizes the political functioning of the state must be present and play a decisive role in sports.

Especially to combat negative phenomena like violence, doping or match-fixing.

Of course the election tricks ...