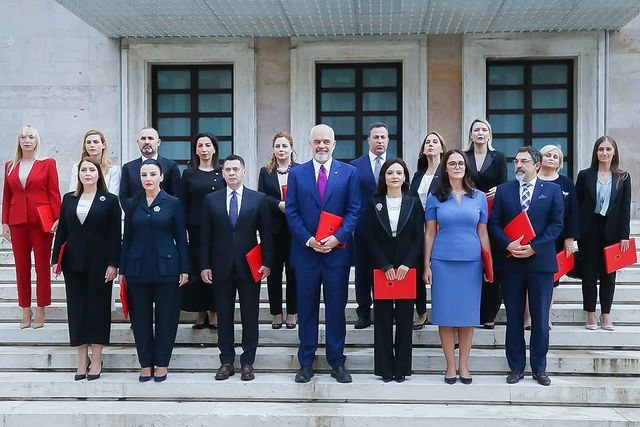 Ines Leskaj, head of the Albanian Network for the Empowerment of Women has shared in an article her opinions on the public debate on the public debate on the composition of the Rama 3 government, mostly by women. Leskaj praises the selection of women, praises the gender quotas of the electoral code, argues why Albania needs them, even though it remains positive discrimination, but in the end puts the emphasis on the course that this debate should have taken. 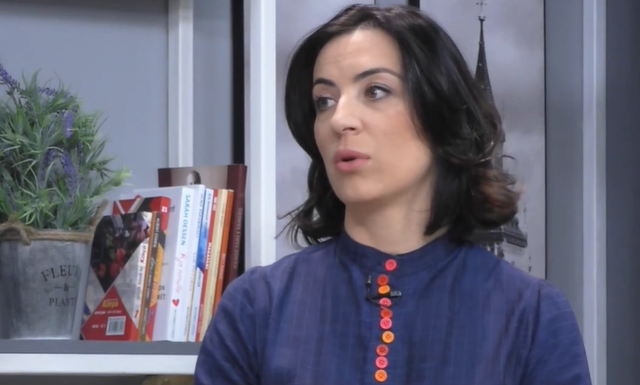 By Ines Leskaj / The sexist attacks came from all categories and age groups who have an account on social networks. Various memes were distributed and were not only focused on women in government, but also on the fact that they "will be used and exploited".

From my perspective as a man who has worked for a long time with women’s and men’s rights in general, this is a good decision of the Prime Minister, just like that of advocacy and lobbying to respect gender quotas in the electoral code.

Some feminists are against these quotas as they consider it a form of discrimination. It is true, but in this case we are talking about a positive discrimination in Albania.

Quotas are perceived as discriminatory - and perhaps they would be extremely discriminatory in a country where efforts to empower women are real and have affected all walks of life.

The same discussion arose after Rama's appointment to a cabinet composed mostly of women.

Were they elected simply because they are women, or because they have the professional and human skills to manage, understand and represent Albanian citizens? This remains to be seen.

The annual study of the Albanian statistical authority, INSTAT, "Women and Men in Albania", says: "The number of women MPs in Albania increased significantly with the inclusion of the 30 percent quota in the changes made to the Electoral Code in 2008. In the 2009 parliamentary elections, women's participation in parliament doubled, from 7 to 16 percent. This growing trend was also observed in the 2013 parliamentary elections, with a turnout of 18 percent. "From 2013 to 2019, the growing trend of women in parliament continued as a result of the replacement of male MPs with female MPs due to the resignation of men from their seats."

It is a good move also because it has sparked a public debate, although it has not resolved much, but unfortunately it has only reinforced the fact that patriarchy, toxic masculinity, sexism, lack of basic human rights information and hate speech dominate the general mentality in Albania.

Many ordinary citizens, politicians and well-known analysts revealed their sexist attitudes using expressions, which according to them are harmless jokes, which not only misinform, but incite hatred towards women and girls.

The context is that we live in a country where there is an urgent need to work towards informing and raising public awareness about women's rights as human rights - where a survey of social norms showed that 46.5 percent of the community where ' Abused women 'live, believe that domestic violence must be tolerated in order to keep the family together.

Physical violence experienced by women in the family is largely seen as partly their fault, and publishing the experience of violence outside the domestic circle is considered shameful.

Since January, 16 girls and women have been killed in Albania by their partners or ex-partners, 12 within the country while the other four were girls and women living abroad.

So, Rama's action cannot be considered 'good' if there are no real commitments and efforts to take positive measures regarding the following: the development and empowerment of girls and women within political parties and forums, as well as in the Councils of 61 municipalities in the country (30 percent quota is not enough); Representation of women in the highest decision-making bodies; Employment and economic empowerment of girls and women; Their support through the basic package of social services, especially by providing them with legal support which, for many girls and women, translates into protecting their lives.

Today, Albania is a major country when it comes to the number or percentage of women in government. This is an achievement. However, it is only a partial and incomplete achievement, which is not in line with the reality in which most girls and women live.

If there was a ranking in the level of social protection provided to citizens, where would Albania be ranked? I think it would not rank well.

Every day, women in rural and rural areas face issues such as lack of employment, the need for a good education for their children, the burden of housework, which is unpaid work, extreme violence and lack of of economic and social opportunities.

Girls and women have a higher risk of poverty or social exclusion than men in all categories during the two years surveyed. Inactive women in the labor market have a huge growth opportunity from 2018 to 2019 to fall into poverty. Girls and women are more at risk of ending up in poverty than men.

Since we are discussing rights, it is also necessary to discuss democracy and transparency. The process of selecting women and men as government representatives has not been transparent. The reasons for selecting such persons to join the cabinet have not been shared with the public (and presumably, to preserve the element of surprise, not even with the persons concerned themselves!)

Having said that, this is not the first time that this phenomenon occurs in Albania. She has traditionally been present in the politics of this country. The public debate over these appointments could have been more positive and in favor of gender equality and the empowerment of women and girls, if all the skills and values ??of these respective women had been listed during the selection process.

Appointments should not be based not only on the prime minister's belief that women work harder than men, but also on their professional and human values.

Currently, in Albania, feminism and the cause of gender equality are not yet fully understood and assimilated and embraced on several levels, including by the general public, local and central government structures, media representatives and some civil society organizations.

Until then, we will continue to support all appropriate action in favor of gender equality or, rather, in favor of justice and social equality.

* Ines Leskaj is the head of the Albanian Network for the Empowerment of Women.

Only Albania is silent…