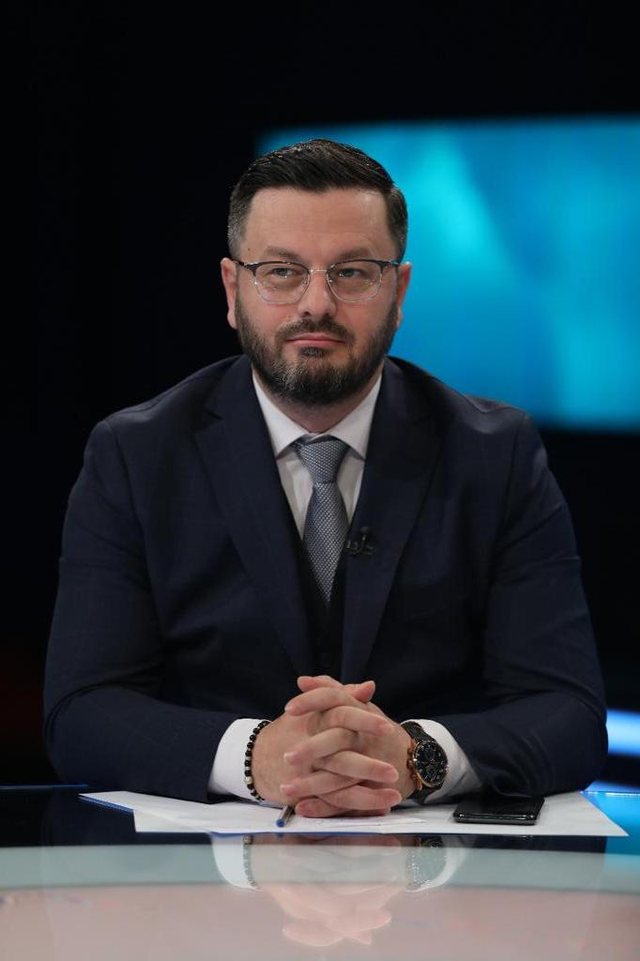 By Plarent Ndreca / April 25 must ensure the final change of Albania, rejecting the party rotation!

On April 25, there is no choice between the political wings, there is no real competition, except for the virtual media, TV portals and counters, as a dose of "drugs" that the media needs to get involved in a news, or to create at all costs it.

On April 25, the opposition is not in a real election, it is far, far from what the country wants from it. Our opposition has turned into a gathering of individuals around a series of interests, which surround a leader without vision, without leadership, and who re-chew every rumor of the day, every event of the neighborhood, every stumbling block left behind by the government and promotes even those few things without blackness yet in this place.

Unfortunately, it continues to remain parapolitical, it has no sense of state responsibility, no sense of national patriotism, to cover with the charm of its morality, any gap that is created sequentially in our society. He just waits there, in the disconnected rotation without any vision, to saturate his stomach with the daily political soup, and to postpone the day with politics that basically says nothing. You do not hear anything anywhere, how dignified the alternatives are given to this country, without saliva, without breaking legs, without swearing. Nowhere do you see the responsibility and patience of one who has not only the power but the taking on the shoulders of the country.

A patriotic opposition does not intend to rotate at any cost, by any means, at any cost, but to help and support this country, for stability, work, peace, security, cooperation, showing patience and exalting through behavior as a player on the bench , who expects all the dignity, head and strength of character, the day to lead Albania.

On April 25, the opposition is not going to Albania for the elections, that is clear! She is neither prepared nor can she bear the weight of Albania, it is too big for her, she just goes to be in her old, ordinary, boring and exhausting game, in preserving that establishment of people and numbers that only Albanians are not being served.

So on April 25, there is a strong decision to finally change, but there is no choice between the wings, the choice is made, the government is elected, it is the same government with another term ahead!

But is it enough?

Is just a government mandate enough for Albania to push it into a process of secure social and state transformation?

We need constitutional and psychological check and balance in this country, to put an end to the extremities that are shaking our heads, and do not leave us alone calm and safe for a long time, nothing good done with much effort in this place.

For this reason, April 25 does not just need a government mandate, that mandate is won. It needs a mandate to guarantee Albania, to make it dignified in every corner of it.

And for this we need the Parliament of Albania!

Albania is there! If that hall does not return to its constitutional attribute and historical dignity, the third mandate will be a relay of new achievements, but not a final victory of Albania that we are already seeking.

It needs the contribution of every enlightened person with clear ideas, progressive, professional, constitutional, with a strong individual voice and opinion, inside the majority, outside it and every constitutional institution that contributes to this state. The Parliament of Albania must return to the temple of preservation of national values ??and dignity, and not to the building of senseless cackling, without the faith of its abandonment.

Parliament needs people who love Albania, love the opposition, want to work with everyone, respect, give the right breath and shoulder to any government, guarantee the space for institutional responsibility, strengthen them, but be there at the same time as the guarantor of Albania, when any of the powers tends to overstep our constitutional and social balances.

Parliament has no executive powers. He is the guardian of our constitutionalist spirit and our national values ??as Albanians.

On April 25, the mandate of a dignified and secure Albania is established, to push everyone in one direction, turning Albania into a shining army, under a leading vision. We are not so few as not to give each a hand in the social transformation, and not only the governing of this country, to walk all with one pulse and one sense, in interaction, responsibility and mutual control. To make the opposition exhausted for cooperation with them, because they are us, with all their shortcomings, which are our shortcomings as a society. Let's return tomorrow's opposition numbers, our numbers for Albania.

This is the mandate needed on April 25th!

On April 26, Albania must dawn not just with a new government, but with a majority of change, which activates in the clear rails of its mink, all the driving forces of this society, without giving up and loosening the reins of " chariot horse ”of daily governing affairs.

If on April 26 we do not decide to ensure the change of Albania, then the elections are simply won, the government is taken, but Albania has not been won yet, it will continue to wait with heart in hand for another 4-year term!