How the Russian occupation of Ukraine is transforming Europe 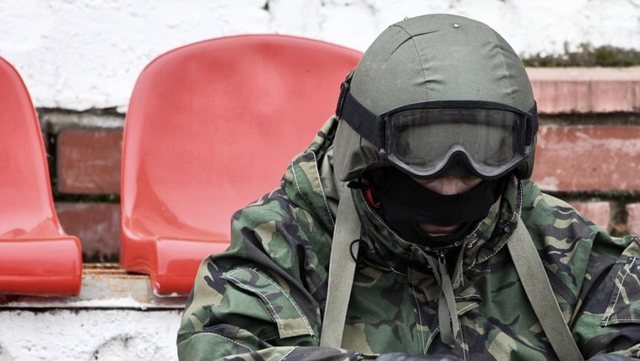 The war in Ukraine, is one of those important events, which happened just when most believed that the trajectories of history were already set, and the results were largely predetermined. Such wars create new dividing lines that shock governments to the core, forcing them to reconsider the former principles of their foreign and security policies.

They turn out to be not so much the product of a sudden miscalculation, but rather of a fundamental misunderstanding of the structural changes of power, which have been going on for years. Even when they succeed, the geopolitical landscape they leave behind has little or nothing to do with what used to exist.

Think about the aftermath of the Napoleonic Wars, the two world wars of the twentieth century, and the end of the Cold War. Most importantly: the transformational wars of the systems, highlight the current distribution of energy in the major theaters, and restore competition between the great powers.

Putin's invasion of Ukraine has already set in motion the forces that will change Europe for some of the next few decades. First, Ukraine's stubborn resistance has restored the importance of the front and center of national sovereignty.

After three decades of post-Cold War institutionalism and globalism, we are back to the basics of national security: Only a sovereign Ukraine can provide its citizens with a secure homeland. International institutions. could not stop Putin from invading Ukraine.

Second, there is no substitute for strong power, and no country can remain unsure whether it lacks a strong military, whether or not it belongs to a military alliance, as NATO again failed to guarantee security. Europe.

Third, peace should not always be the first priority in a conflict. As the Ukrainians told us when attacked, the aim should not be to reach a compromise as soon as possible, but to defeat the aggressor and liberate the nation's territory.

Fourth, Germany and France, the two largest powers on the European continent, have failed to lead, proving once again the truth of the expression that being great is not the same as being strong. In Germany and France there has been a marked reluctance in the face of the Russian occupation of Ukraine, despite repeated public assertions of solidarity with Kiev.

The war has forced Berlin and Paris to abandon three decades of their policy toward Russia, which aimed to "manage" their relations with Moscow through a combination of economic and political means.

During his speech to the Bundestag on February 27, Chancellor Olaf Scholz openly acknowledged that German policy towards Russia was wrong. Since then, French President Macron has also given up his efforts to negotiate with Putin.

But even more important for German politics is the fact that the war overturned the essential assumption of its "Ëandel durch Hande" approach, the belief that more trade would push Russia (but also China) toward a freer political system, and more open.

In fact, Berlin's decision to lead the EU in the process of transition from coal and nuclear energy to Russian gas, as a gateway to renewables, embodied in the Nord Stream 1 and Nord Stream 2 pipeline projects , has only left Europe even more dependent on Putin for energy.

He has done nothing to democratize or deter Russia. Most importantly: the war in Ukraine has shaken the foundations of the determined distribution of power in Europe, and in anticipation of Ukraine's victory, it could reorganize it for decades to come, shifting the heart of Europe from the West to the center of the continent.

Whether or not it joins the EU, a rebuilt and successful Ukraine, with a population of about 44 million, and a wealth of natural resources and fertile agricultural land, would certainly shift its center of gravity. Europe.

A free and prosperous Ukraine would ensure a rapid overthrow of Lukashenko's dictatorship in Belarus, and together with Poland, Romania, Finland and the Baltic states would give the Baltic-Black Sea region unprecedented economic impact. and political.

With a combined population of around 120 million, this new configuration would radically change the overall balance of power in Europe. Last but not least, it would force Russia to come to terms with the reality of its post-imperial status.

It would also force Moscow to address the fundamental question of what a "normal" Russian state should look like. Meanwhile, this war is reconfiguring existing alignments in Central and Eastern Europe, creating new ones. The most significant change is in relations between Poland and Ukraine.

The strong state support for Ukrainian refugees, and the spontaneous assistance provided by Polish citizens, is building a qualitatively new relationship between the two countries. Meanwhile, the crimes committed by Putin's military against the Ukrainian population have transformed the once friendly attitude of Ukrainians towards Russia into a ruthless hostility.

On the other hand, the decision of Finland and Sweden to seek NATO membership will radically reconfigure the Baltic-Scandinavian region, creating a great geostrategic depth for the protection of allies there.

Last but not least, in cooperation with the United States and Great Britain, Poland has emerged not only as a key NATO country on the east side of the alliance, but also as the main front along the eastern border, as was West Germany during the Cold War.

Although the debate in Washington on frontal defense, and the nature of future U.S. military deployments in Europe, is not over yet, it is reasonable to expect U.S. military assets along the east flank to increase over the next decade. Poland's military potential, strengthened by acquisition of new long-range missiles and artillery, air defense systems, 32 US F-35 fighter jets, combined with Poland's acquisition of 250 state-of-the-art M1A2 SEPv3 tanks, will change certainly military balance in the East.

This transformation is accompanied by increasingly close US-Polish political and military cooperation, as planned by Washington for the next decade in Europe, at a time when NATO is being rearmed. The war in Ukraine is laying the foundations for a new distribution of power in Europe.

The failure of the policy towards Russia, followed for 3 decades by Germany and France, has created a leadership vacuum in Europe. For Germany to regain it, despite the country's dominant economic position in the EU, it will need to gain the right to lead. The main issue that Europe will face in the future is what role Britain will play in NATO, and what role Poland in particular will play in both NATO and the EU.

The Navy will remain Britain's strongest point, especially now that rivalry between the major powers in the Indo-Pacific region is heating up. Meanwhile for Poland, ground forces will be the central part of its military power.

But none of them, independently or together, can take a leading position in Europe, without a clear decision from Washington, to approve and materially support such a reconfiguration on the continent.

Once upon a time, the United States twice turned to Germany to lead the European continent. At the beginning at the end of the Cold War, then most recently when the administration of Joe Biden agreed to lift its sanctions on "Nord Stream 2".

In each case, they have seized it, despite obstacles we can scarcely imagine. " Washington may decide to give Germany this chance for the third time.

But the realities of the war in Ukraine, the most brutal war in Europe since World War II, and the accompanying military demands, have significantly diminished Berlin's chances. The question, then, is what Europe will look like when the war in Ukraine stops.

This question is not about who wants to lead Europe, as there are old and new contenders for it. Rather, it is about what country can do it. And we will find out very soon.

Note: Andrew A. Michta, Dean of the College of International and Security Studies at the George C. Marshall Center for European Security Studies, based in Garmisch, Germany.