Who was Al Qaeda leader Zawahiri killed yesterday? The surgeon who became a terrorist "The death of Al Qaeda leader Ayman al-Zawahiri by a drone strike at the hands of a US drone strike ends a 'trail of murder and violence against American citizens,'" President Joe Biden said yesterday evening.

"Zawahiri, 71, was the mastermind behind multiple attacks in the US and was fully involved in the planning of the terrorist attacks of September 11, 2001," Biden said.

"People around the world no longer need to fear the vicious killer. The United States continues to demonstrate the resolve and capacity to defend the American people against those who seek to harm us," Biden said from the White House's Blue Room balcony.

But who was Zawahiri?

Born in 1951, Zawahiri grew up in an upper-class neighborhood in Cairo, Egypt. He was the son of a prominent physician and the grandson of several well-known researchers.

His grandfather, Rabia'a ??al-Zawahiri, was an imam at Al-Azhar University in Cairo. His uncle, Abdel Rahman Azzam, was the first secretary of the Arab League.

Zawahiri was imprisoned for his involvement in the assassination of Egyptian President Anwar Sadat in 1981.

By then, Zawahiri, a young doctor, was already a committed terrorist who plotted to overthrow the Egyptian government for years and tried to replace it with fundamentalist Islamic rule. He proudly supported the assassination of Sadat after the Egyptian leader made peace with Israel. 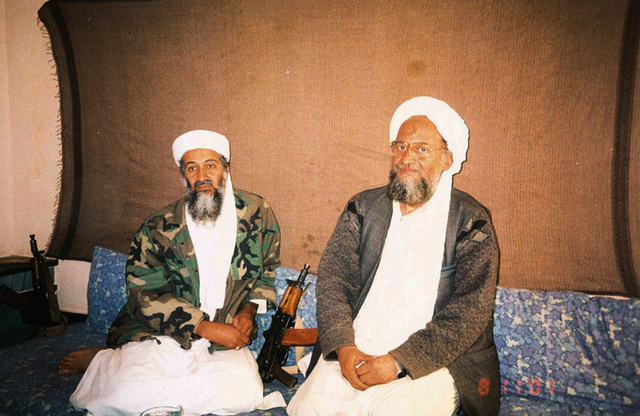 What was his relationship with Osama bin Laden?

Zawahiri left Egypt in 1985 for Peshawar, Pakistan, where he worked as a surgeon treating wounded fighters from Soviet troops in Afghanistan.

Here Zawahiri met bin Laden, a prominent mujahideen leader who had also left behind a privileged upbringing to join the war in Afghanistan.

Bin Laden and Zawahiri appeared together in early 1998 when they announced the formation of the World Islamic Front for Jihad Against Jews and Crusaders - officially merging the Egyptian Islamic Jihad and Al Qaeda.

In a certain period, he was also Bin Laden's personal doctor.

"We are working with brother bin Laden," he said announcing the merger of his terrorist group in May 1998. "We have known each other for more than 10 years."

Together, the two terror leaders signed a statement: "The judgment to kill and fight Americans and their allies, whether civilian or military, is an obligation for every Muslim."

What role did Zawahiri play in Al Qaeda's attacks against the US?

Attacks against the US and its facilities began shortly after bin Laden and Zawahiri's declaration, with suicide bombings of US embassies in Kenya and Tanzania killing more than 200 people and injuring more than 5,000 others.

Then there was the attack on the USS Cole in Yemen in October 2000, when suicide bombers on a dinghy blew up their boat, killing 17 American sailors and injuring 39 others.

The climax of Zawahiri's terror plot came on September 11, 2001, when an estimated 3,000 people were killed in the attacks on the twin towers of the World Trade Center and the Pentagon. A fourth hijacked plane, bound for Washington, crashed in a Pennsylvania field after passengers fought back.

Before and after the 9/11 attacks, Zawahiri appeared in video and audio calling for attacks against Western targets and calling on Muslims to support his cause. 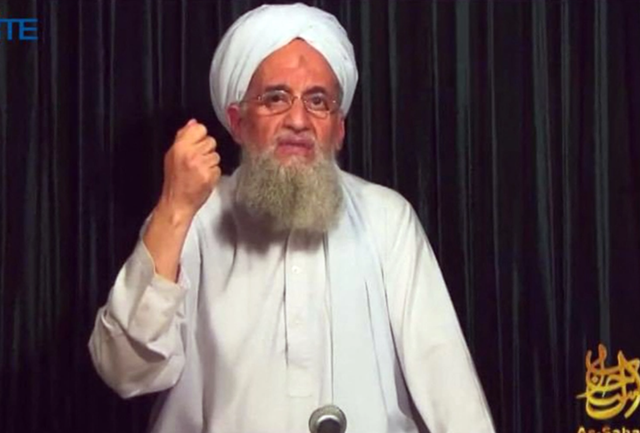 Some Egyptians framed Zawahiri's anger at the United States as what many Afghan Arabs felt was a betrayal by the CIA that did not support their cause after the Soviets left Afghanistan and the country descended into tribal anarchy.

Others date Zawahiri's anger to 1998, when US officials pushed for the extradition of a number of Egyptian Islamic Jihad members from Albania to stand trial in Egypt on terrorism charges.

Zawahiri's brother, Mohammad, told CNN in 2012, “Before you call me and my brother terrorists, let's define it. If terrorist means merciless bloody killer, then we are not for that," he said.

"We are just trying to regain some of our rights that have been taken away by Western powers throughout history," Mohammad added.

Zawahiri became the leader of Al Qaeda after US forces killed bin Laden in 2011.

He has been constantly on the move since the US-led invasion of Afghanistan began after the 9/11 attacks. He survived an attack by the US, in which he lost his wife and children.

CNN national security analyst Peter Bergen said Zawahiri was killed yesterday because he had begun to take much more risks by not hiding as before.

The last known public speech was an audio message released on July 13.

How did the US kill Zawahiri?

The US launched a counter-terrorism operation in Afghanistan targeting Zawahiri, who had taken refuge in Kabul.