Debate in the USA / Political war or theater with the people? Republicans send immigrants to the islands of the rich 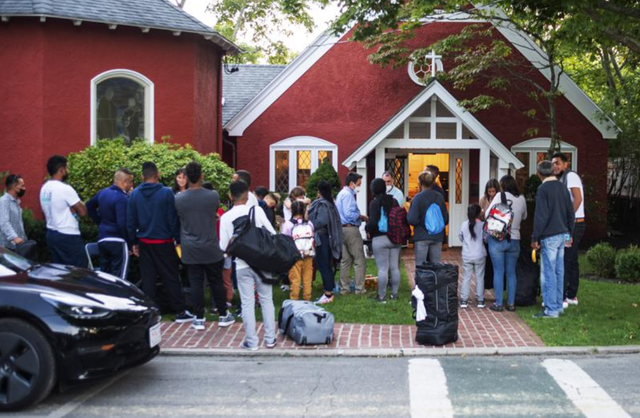 Republican governors have escalated their partisan tactic of sending immigrants to Democratic strongholds without warning.

The governors of Texas and Arizona (who belong to the Republican Party) have sent thousands of immigrants to New York, Chicago and Washington DC in recent months.

Recently another move has been made. From Florida, with flights paid by the state, several people have been sent to the luxurious island of Martha's Vineyard.

The message: Take and keep the illegal immigrants you love so much. The goal has been to play the Democrats, who through their border policies, are more friendly to immigrants.

Critics have considered the latest move by Republicans a new level of political theater and called it inhumane.

Upon arrival on Martha's Vineyard, where former President Barack Obama has a home, the immigrants, who are mostly from Venezuela, were given food, shelter, health care and information on where to look for work.

Elizabeth Folcarelli, chief executive of the NGO "Martha's Vineyard Community Services", was closing work when she saw 48 Venezuelans with luggage and backpacks approaching her office. They carried red folders with brochures from her organization.

"They were told that they would find a job here and they would be housed," said Folcarelli.

Those sent to Washington DC are said to have been lied to as well.

Florida Governor Ron DeSantis has not responded to the allegations.

Meanwhile, two other buses with more than 100 immigrants left in front of the door of the house of the American vice president Kamala Harris.

For years, America has had a heated debate on the issue of illegal immigrants. On the one hand, there are the Democrats who claim to give them a chance and treat these people with respect. On the other side are conservatives who are against concessions and facilities for illegal immigrants.

US authorities have detained more than 2 million migrants who tried to cross from Mexico to the US between October and July this year. Almost 50% more than the same period compared to a year ago.

The issue has sparked a debate on television as well. On "The View", Whoopi Goldberg said: