Borrell: Situation in the Western Balkans, "not so good" 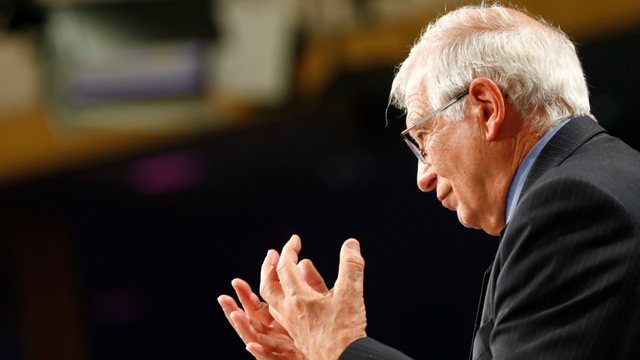 European Union High Representative for Foreign Affairs and Security Policy Josep Borrell said the situation in the Western Balkans "is not so good".

Borrell made the comments on the eve of a meeting of EU foreign ministers, where the situation in the region - especially in Bosnia and Herzegovina and in relation to the Kosovo-Serbia dialogue - is expected to be a topic of discussion.

Borrell said that in Bosnia and Herzegovina there are tendencies that endanger the unity of this country and hinder its progress on the path to European integration.

EU Commissioner for Neighborhood and Enlargement Oliver Varhelyi says the relations of the Western Balkan countries with the EU are not only about enlargement, but also about aligning their foreign policy with that of the EU. .

Speaking on the eve of the meeting, Varhelyi said enlargement remains the EU's main tool for strengthening stability in the Western Balkans.

"We are ready for this and I still hope that this can happen before the end of this year," said Varhelyi.

Varhelyi also warned of the swift implementation of the investment plan in the Western Balkans.

On the eve of this meeting, a document on the situation in the Western Balkans was prepared by the EU services, as a basis for today's discussions.

It says that in some parts of the Western Balkans region, the political situation is an "increasing challenge".

There is also a need for strong support from member states for the efforts of Borrell and EU Special Envoy Miroslav Lajcak in mediating the dialogue between Kosovo and Serbia.

"Parties should be encouraged to engage constructively and demonstrate positive results, including on regional agreements related to the common regional market, and to refrain from unilateral actions and divisive rhetoric, especially when it comes to northern Kosovo." , the document states.

On Tuesday, a new meeting is expected to take place in Brussels in the framework of the dialogue between Kosovo and Serbia, at the level of chief negotiators.

According to EU sources, the topics of discussion will be related precisely to the implementation of previous agreements, but also to the continuation of high-level dialogue.