Boris Johnson admits he went to a party at the height of the pandemic. His resignation is required 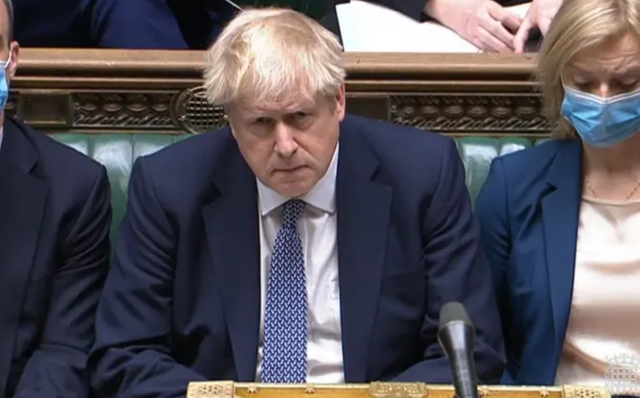 Boris Johnson today demanded a pardon considered partial. He finally admitted that he went to a party in the Downing Street garden at the height of his isolation, but justified that he attended the event because it was for a 'work party' and that anti-Covid rules were followed there.

The event took place in May 2020. He thanked the staff who organized it and despite that said it should not have happened.

He further added that you understood all the public outrage on this topic.

"I am very sorry. "I wish we had done things differently," said the British prime minister.

However, the rules of that time made it clear that all social gatherings of more than two persons were forbidden.

Keir Starmer responded that Johnson should do the right thing and resign.

"The holiday is over, Prime Minister," Starmer told.

"I want to apologize. I know millions of people across this country have made tremendous sacrifices over the past 18 months. I know the anxiety they went through, unable to mourn their loved ones, unable to live their lives the way they want or do the things they want. I know how angry they feel with me and the government I lead when they think that on Downing Street itself the rules are not properly followed by the people who make the rules. "And although I can not predict the outcome of the current investigation, I have realized enough that there are things we just did not do properly and I have to take responsibility," said Johnson, adding that he himself only stayed 25 minutes at the party.

"It's important to note that this is not the only source of frustration within the Conservative Party regarding the leadership of Boris Johnson," Matthew Goodwin, a professor of politics at the University of Kent, told CNBC.

Goodwin cited dissatisfaction among conservative support groups for what they see as a failure to get the most out of Brexit, concerns about the move to raise taxes and a lack of strategy when it comes to "raising the bar" of the country.

Moreover, a global rise in wholesale gas prices and rising inflation are issues that add further pressure on the Johnson government.

"This is not necessarily the end, but it is starting to feel like the last start for Boris Johnson," Goodwin said.

"There was always a question mark over Boris Johnson as prime minister if he really had a vision for his post as prime minister first, but secondly [if he] had the leadership caliber required to be prime minister. And if these two things really collide, he can resign within a few weeks. "It simply came to our notice then.

However, not everyone is convinced that the latest revelation is likely to imply that Johnson's days in office are numbered.

10 of the best series to watch during August