The EU must get rid of gas and oil as soon as possible! What is proposed and criticism for the EC president 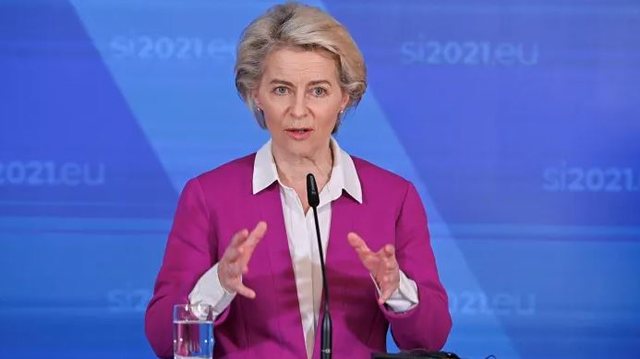 Brussels is being pushed by a number of EU countries to find quick ways to ease the continent's gas crisis, at a time when prices have risen to record levels due to the supply crisis.
Some European leaders have criticized the European Commission for failing to respond quickly to the emergency, warning that high prices could jeopardize the continent's economic recovery as well as possible social unrest, with protests.

At least three of the leaders used the meeting of EU members in Slovenia, urging the European Commission to find measures to mitigate the impact of rising prices and prevent a similar situation.

"The commission must act immediately, " a senior EU politician told the Financial Times, adding that otherwise there could be major consequences: "Otherwise, the Green Agreement is being undermined. "High energy prices will also provoke protests. There will also be impoverishment in terms of energy supply, everywhere." He recalled the French protests against the increase in fuel prices in 2018.

France, Spain, the Czech Republic, Greece and Romania made public calls for immediate policies as well as coordination of national responses.

Other countries, including Germany and other northern countries, have warned against accelerating change in the EU energy market. They say rising prices are being driven mainly by rising demand. They also do not want the crisis to undermine the bloc's ambitious climate policies, which member states are negotiating.

At yesterday's meeting where the crisis was discussed, it was said that the record price of carbon had created almost 11 billion euros in additional revenue for governments in the first nine months of this year, compared to 2020. And almost all revenues go to budgets of EU member states and can be used to protect consumers from rising prices.

Meanwhile, European Commission President Ursula von der Leyen said that while the increase in gas prices is a serious issue, it is further proof that the EU should support its renewable energy policy.

"In recent weeks, they have seen the importance of independence from gas, oil or coal. Gas producers are not increasing production despite high demand and this has led to price doubling. While the price of renewable energy remains stable. Independence from gas and oil is vital for the European Union. I think we need to be very clear that gas prices are rising. But renewables, prices have fallen in recent years and are stable. "So it is very clear to us that with energy in the long run it is important to invest in renewable energy that gives us stable prices and more independence because 90% of gas is imported into the European Union."

Any common EU response - such as increasing storage capacity and building strategic gas reserves - is likely to address medium- and long-term concerns rather than an immediate supply stalemate.

* Financial Times article, translated and adapted into Albanian by Tiranapost.al.