Albanian Ambassador to Britain: News on the admission of British asylum seekers, 100% false 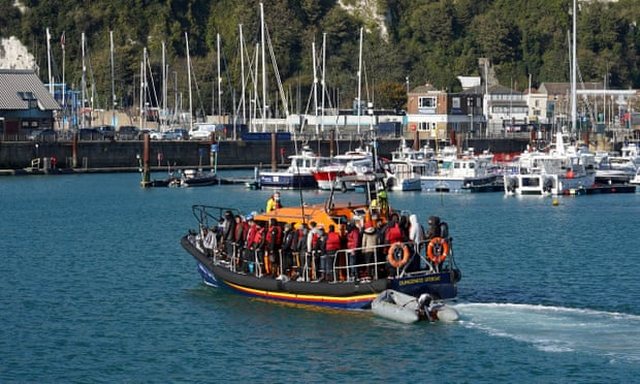 Albania has vehemently denied being willing to process people crossing the Channel into Britain, after UK Deputy Prime Minister Dominic Raab confirmed that the government is exploring ways to process asylum seekers abroad, writes the British newspaper The Guardian.

The Albanian Ambassador in London, Qirjako Qirko, has clearly denied and cut the news that our country can keep immigrants from Great Britain, while their asylum application will be considered. He described the fact as "completely unacceptable", that "it will never happen" and in flagrant violation of international law.

The news this time was published by The Times, after the deputy. Prime Minister and Justice Secretary of the British Government Dominic Raab, did not deny that their ministers hope to reach an agreement on this issue. "We are looking at the possibility of turning to international partners to take the process outside the UK," he told Radio Times after an announcement in The Times that discussions were under way to evacuate migrants within seven days of their arrival on the coast. British.

The Albanian ambassador said that the report that mentions Albania as an opportunity was "100% false", adding that: "Even because of my academic background, I know very well the convention for asylum seekers and I know very well what the rules are. "We would never do such a thing with immigrants, because among other things, this is in complete violation of international law."

According to The Times article, a British minister hopes to secure an agreement with Albania, saying that the chances for this "look good". Raab told Sky News that the government was trying to stop people from crossing the English Channel by boat. "We have prevented 19,000 crossings this year alone and secured 65 prosecutions for criminal gangs, which benefit from this unfortunate trade," he said.

Officials have estimated that the host country will receive 100 100,000 for each migrant, including airfare and accommodation. This amount is twice what it costs to keep them as prisoners in England or Wales. The article allegedly contacted Albanian officials in London, who did not deny informal talks with their ministers regarding the plan. By z. Circo was categorical: “This is not true. It is simply unacceptable, unrealistic and totally false. "

The Albanian ambassador explained that “there are 3,000 Iranians in Albania that we have been supporting for 10 years. There are 4,000 people from Afghanistan - former politicians, former professors - who are being sheltered as refugees and not in camps because they were our allies in Afghanistan. In a letter to The Times, Cirko wrote: "I can firmly confirm that there are no bilateral talks between Albanian and British government officials regarding the processing centers for illegal immigrants crossing the English Channel."