8 countries that announced the start of investigations after the Pandora Papers scandal, the first reactions from the Czech Republic and Russia 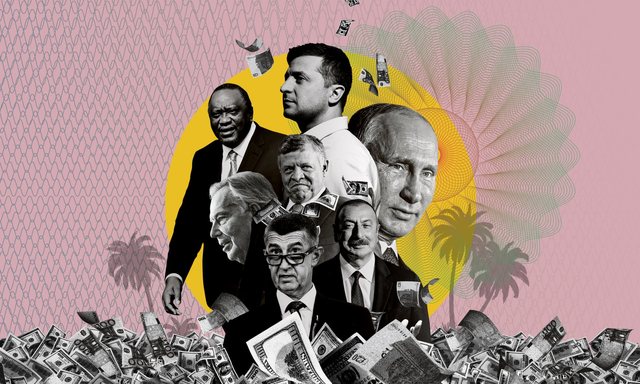 Prosecutors in at least eight countries have announced they will launch an investigation into the financial activities of some of the officials and institutions they run, following the publication of their names in the Pandora Papers, which shows through thousands of documents how they have amassed dizzying wealth and bought property, or embezzling money through Offshore companies.

Some of the politicians and businessmen have started reacting by denying the accusations and the data in the published documents after they fell into the hands of the International Consortium of Investigative Journalists.

Prosecutors in Pakistan, Mexico, Spain, Brazil, Sri Lanka, Australia and Panama have announced the launch of investigations as global watchdog groups called for immediate action in the wake of materials revealing how billionaires, politicians and criminals exploit a shady financial system covering evasion. of taxation and money laundering.

Authorities in the Czech Republic posted on Twitter today announcing that they will investigate those mentioned in the Pandora Papers, including Prime Minister Andrej Babis, who is in the midst of a re-election campaign.

Pakistani Prime Minister Imran Khan has vowed to investigate all those involved and take appropriate action if violations are found.

There has also been a backlash from the Kremlin through President Vladimir Putin's spokesman Dmitry Peskov who dismissed the information in the Pandora Papers. He said the allegations were baseless and that no hidden assets had been found in Putin's inner circle, although the names of some of his friends and partners have emerged who turned out to have bought a resort in Monaco through the Offshore company.

However, taking advantage of this scandal, the spokesman said that the financial leaks of the documents expose the US as the biggest fiscal 'paradise' in the world.

Putin, who the U.S. suspects has a secret fortune, does not appear in the named dossier. But many close associates emerge, including his childhood best friend the late Petr Kolbin, whom critics have called a "portfolio" of Putin's own wealth, and his longtime partner. girl.

Pandora Papers has also revealed an Albanian politician involved, but his name has not been released. Below is a map of the states and how many high-profile politicians, businessmen and former or former officials are involved. Ukraine results in 38.

* The Guardian article translated and adapted into Albanian by Tiranapost.al.