Sabrina who was killed by her ex-husband would be celebrating her birthday today. Her parents recount shocking details 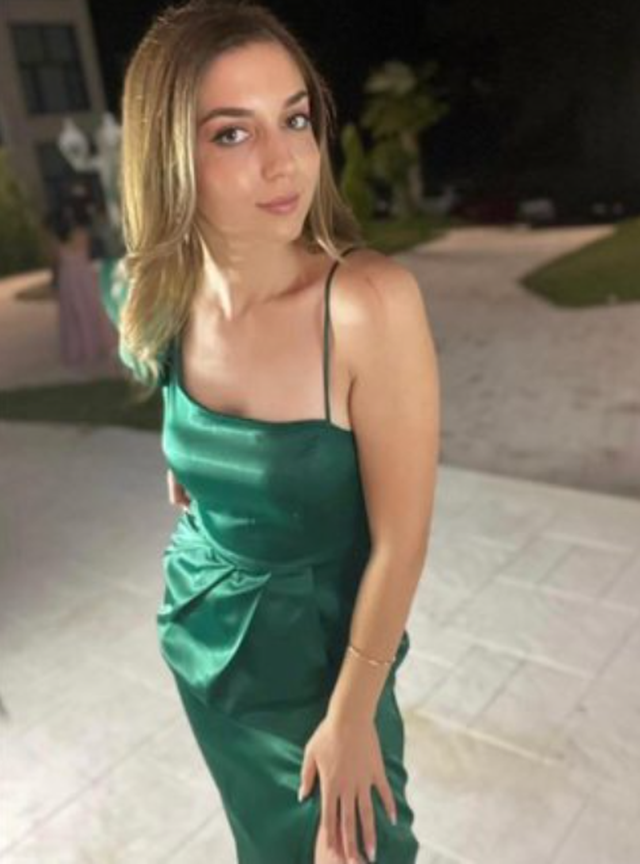 Today are her third according to Albanian custom, but if Sabrina Bengaj were alive she would celebrate her 23rd birthday.

Sabrina was killed by her ex-husband at her parents' house. He did not accept the divorce.

Sabina's parents, her mother present at the scene tells the last moments of the girl and how she came out in front of the pregnant sister-in-law (brother's bride) to protect her.

"It was 10:20 and the girl was working for a foreigner. Every night when it was the second shift, but also the first I went ahead because I was afraid of that vile man. When it was 10:20, I left the iron and went out on the street. For fear that he has terrorized our home. There were almost 8 of us at home. The girl came, asked us what she had to eat and sat down to eat work, while I was working.

As soon as I saw him opening the front door, he opened the door and I saw him with a cane. I calmly approached him and said: I took it well, I told him 1 month ago you were in prison, without seeing anyone take the gun and returned it, do not terrorize us that you did this once. Where is she told me, where is she. I had the girl in one room and the bride in the other. The girl comes out directly and says what she has.

The girl came out with bread in her hand, he put the machine gun on her. The bride came out of the room and told her not to hit her because she was pregnant. He told me to get Armando out for the boy. While the girl told him you have nothing to do with these, but with me. As soon as the maid turned her back he hit her. "Then you understand it yourself," said the girl's mother.

And her father started the story from the beginning, when 13-year-old Sabrina ran away from home with Elton. The family members had to make peace with the girl afterwards, as the father says today, for the sake of the public who would say "the girl should leave the house".

"I thank you and I apologize to all the public opinion in Fier for respecting me all my life. Unfortunately, as parents, we moved away for years. Years ago this family was kidnapped, my daughter was kidnapped by fraud. At first I did not speak out of respect or shame for others. After they told me; you are not capable of the child running away from home. And the truth is, I was forced to make 'peace' with my children. I left again and everything was gradually going very well. After a few years a child was born, long live Noemi, who is a wonderful child and blessed by God. The former groom, this kind of garbage of the Albanian society as you can call him, started to betray. We received photos. It was ascertained with facts. The girl picks up the boy on the phone and tells him; Come on take me, that my husband is wandering with the others and coming home. After 5 days, after I was in, he comes and threatens my house with a gun. A trash of Fier and Albanian society, threatens my house with weapons. I did not speak, for many things, I repeat. For the sake of many things, I did not denounce. After he is arrested, his mother starts, who is an ignorant, deceitful and intriguing piece. He started and said that the first time he had taken the gun to my house. But I declare that this is deception. The police then ordered why they did not check where the weapon was taken. The second stated that I had intervened to take them to the prison of the insane in Zahari, the prison where the insane stay. I ask one thing, because I know how you think this, with all these guns, evidence, cartridges, take my house hostage. This Mr. Prosecutor, Mr. Liberation, I publicly denounce, and Mr. Piro Sota. Since they released her, let them answer for my daughter. I accuse the former Minister of Justice, where were they ?! After all, who are these doctors who changed such a statement ?! That I was sick and did what he did, a crime at home. I do not want to spend this on the bullet, but on the gallows. He and his entire family in prison. It was his family and that trash that made it. She said to her son; betrayed you. Today the girl was 23 years old. If she was at fault, I bear criminal responsibility. At the time of the incident it was the boy's bride, who yesterday became a grandfather. There was also the girl who came forward not to shoot her sister-in-law. He had guarded that there were no males, he falls to be a mouse. A mouse passing through those sewers. Denounces his mother for those 5 points I am accused of. The boy has done this filth with his mother, who is a slanderer, a trash of the Albanian society.

This event has brought a wave of reactions in the network, but has also moved the waters in the ILD. Sabrina's murder was forewarned. The perpetrator had twice taken Sabrina and her family hostage and arrested them. With a medical report he was transferred to Zaharija Prison where convicts with mental health problems are staying and from there he was released from prison by the same judge, Piro Sota, who is currently resigned during the Vetting process.

The first human kidney transplant of a pig is successfully performed

The first human kidney transplant of a pig is successfully performed