A person is found dead by his brother in Fier. The victim's son was killed 4 years ago 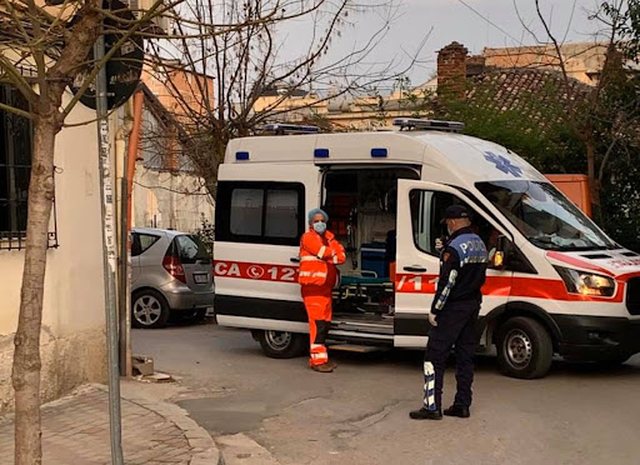 The dead body of a person was found this Wednesday evening in the neighborhood "Kastriot" of Fier by his brother, reports the State Police.

From the preliminary examination of the body, it is suspected of natural death, as the 68-year-old was suffering from a tumor disease, the police adds.

Meanwhile, the dead body was sent to the morgue of Fier Hospital, where it will undergo an autopsy, for a more accurate determination of the cause of death.

Tonight, in the neighborhood "Kastriot", Fier was found by his brother, dead, without signs of violence, the citizen MB, 68 years old, who lived alone. Preliminary investigations suspect natural death after the 68-year-old was suffering from a tumor disease.

The investigative group is working to clarify the circumstances of the event.

It is learned that the now deceased person was called Mysteak Beqiraj and was the father of Kreshnik Beqiraj, who was found killed and dismembered on June 20, 2017 in a canal in Daullas, Fier. It was later revealed that Kreshnik Beqiraj was killed by his friend Albert Zekaj.

According to the available information, Kreshnik Jaupaj, 36 years old from Fier, disappeared on the evening of June 22, 2017. For two years before the murder, he lived in a rented house in Fier together with his friend from Koplik, Shkodra, 32 years old. Albert Zekaj, with whom he had met in Belgium in a return camp. According to Kreshnik's family, Albert had lived in the rented house until August 2017 and then moved to Tirana.

He testified that he killed her on the evening of June 22, 2017 when he returned to the apartment by shooting her in the head with a hammer. He then testified that he left his friend's lifeless body in the apartment for two days, and on the third day he tore it to pieces, wrapped it in a blanket, put it in a suitcase and dumped it in a canal in the village of Daullas. of Fier.