Osmani confirms the shelter of Afghans in Kosovo: We can not close the door to refugees 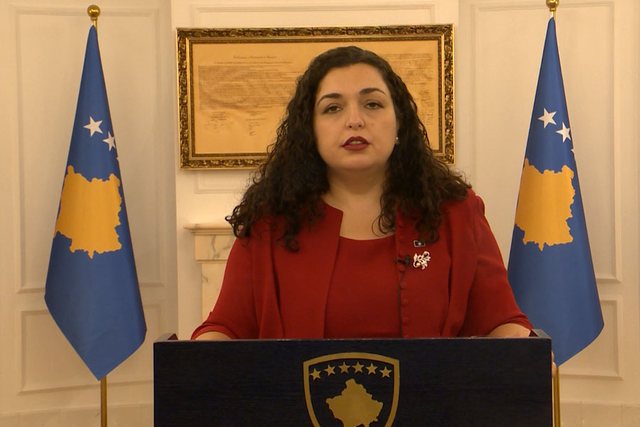 After the confirmation of the Prime Minister of Albania Edi Rama that official Tirana will respond positively to the call of Washington to shelter the Afghans who are endangered by the new Taliban regime, the President of Kosovo, Vjosa Osmani has announced that for Pristina only the issue of organizing details remains , as it has in principle agreed to come to the aid of Afghans in exile.

Osmani underlined that Kosovo for its values ??can not close the door to refugees and that it will always be on the side of "humanism, peace and democracy."

On July 16, a few days after the world, especially us in Kosovo, marked World Refugee Day, I was contacted by the US Ambassador to Kosovo, Philip Kosnett, who forwarded a request from President Biden and Secretary of State Blinken.

The demand had to do with the temporary shelter of Afghans, innocent civilians, who were now targeted by the Taliban, simply because they had sided with our allies, on the side of peace and democracy, on the side of equality and justice. They were local workers who had worked alongside U.S. forces, as well as their families, including children.

Without any hesitation or conditionality, I have given my consent for such a humanitarian operation, starting first from the human principle that the doors are not closed to those who through no fault of their own will are forced to leave their homes for escape persecution and save lives; second, because as a worthy member of the community of free states, Kosovo respects international law and its obligation not to close the door to refugees; and third, because we must stand by our friends, and especially the United States, as they stood by us for better or for worse.

Afghan citizens will have to complete the entire security assessment by the United States, because they will still only stay temporarily in Kosovo until their immigration visa documentation to the US is settled where they will then be placed.

The Government of Kosovo, immediately after the request and the discussion of the institutional agreement, has formed a working group that deals with organizational issues together with our American partners. It was a request of the United States of America that this issue remain confidential for reasons of security and the process of evacuation of Afghan citizens from Afghanistan. As such, we have complied with this request, but we have not stopped the work.

No one knows better than us what it means to be expelled and forcibly removed from the place where you grew up, to be separated from your loved ones, to be forced to flee to save your life. Then many countries around the world opened their doors to us without any requirement or condition. They saved us. 22 years after that horror, now Kosovo will prove that we never lose the humanity within us.

Our wise people say, "The house belongs to God and to the Friend." With this welcome we must wait for our friends to save lives, just as we in the democratic world saved us when we needed it most.

Kosovo will always be on the side of humanity, peace and democracy.