Veliaj on the 76th anniversary of the liberation of Kavaja: This city will continue to be transformed 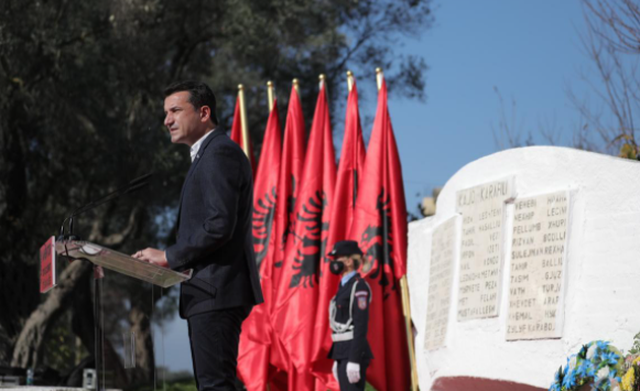 Kavaja today commemorated the 76th anniversary of liberation from Nazi-fascist vacationers. Along with the veterans, leaders of the local government, present at this ceremony was also the political leader of the Socialist Party for the Region of Tirana, Erion Veliaj, who said that for the SP, the National Liberation War has been and remains a symbol of glory and pride. .

"For the Socialist Party, for our great political family, the national liberation war has been and remains a symbol of glory and pride, and as a political force we remain steadfast in the obligation we have today to those patriotic, patriotic and national generations who gave their lives for the liberation of the homeland and the dream of placing Albania on the European rails and the Euro-Atlantic future. Therefore, I strongly believe that the best way to honor their sacrifice is to continue to stand united, to move forward with the process of transformation of Albania, of the reforms for European integration, as well as to build a free society, to "Just and equal as those men and women aspired to, 76 years ago when they took up arms and set off on a road of no return", stressed Veliaj.

The political leader of the Socialist Party underlined that, despite the efforts to divide our society, the right citizens know how to judge history on facts and not on words. "While we are all together, there is no way we can not feel pride and respect for their work, for what they did for us to live in peace, as free people, in a world between free nations, and above all to pity the weight carried by the act of unity and union, often neglected in recent times. I say this because I know that there are those hysterics who want to divide us, wanting to combine the dark communist period of the post-war period with the golden period of unification and sacrifice in the Anti-Fascist War. They are the same people who today want to divide us in the fight against the virus and in the battle of reconstruction. But there is a clear dividing line between

"We need to continue to stand together, so that the reforms launched bear fruit to the end. A lot of work awaits us! But, step by step, challenge after challenge, success after success, together we are building the Albania that our patriots dreamed of and without a doubt our children deserve. Even for us Albanians, the time has come to reflect and stop the momentum of hatred, division and to recover not only from the virus, but also from the division and despair that some irresponsibly spread. I am very happy that today, November 14, has made us ALL TOGETHER, socialists and democrats! I would like to always be like this for the future of the nation ", said Veliaj.